A Cover Reveal for


~~SUMMARY~~
Pre-med student Sarah Jones is back in Beaver, Alaska, for summer vacation.  A loyal member of the Gwich’in tribe, she accepts the rules set by her father, the leader of their small town. Raised in a strict household, she learned early on to do what is expected of her and has agreed to an arranged marriage. Despite her reluctance to marry without love, Sarah is unwilling to defy her father’s wishes. She hopes to help usher in an era of independence and stability for the town, but for now, her focus is finishing med school so she can become Beaver’s resident doctor.
Business owner Greg Andrews needs a change of atmosphere, away from his philandering wife and life in general. Leaving New York City to join a hunting expedition in Alaska, Greg’s plans are turned upside down when he is shot on Gwich’in land and ends up on Sarah’s operating table. In the absence of a qualified doctor, Sarah must operate to save his life. She refuses to wait for the consent of their tribal leader, and her father banishes her from the tribal land in punishment.
Grateful for his life, Greg concocts a scheme to help. Plagued by the side effects of her unconventional operation, he convinces Sarah to become his live-in nurse. Without the means to support herself, Sarah agrees to the questionable arrangement, but she soon finds herself in even more trouble. Her new problem is that she is falling in love with this infuriating man, and the choices she now must make are much more difficult than the simple act of saving a man’s life.
Together, Sarah and Greg must both decide whether they can overcome the vast differences between them, or if the indivisible line that separates their worlds will ultimately pull them apart.


~~EXCERPT~~
For the first time since he had been brought in the clinic, Sarah got a good, long look at him. She noted the perfect blond hair that fell on the side of his face— matted but still perfect. His features were rather forbidding, even in his unconscious state. The defined jawline framed well-proportioned lips that were pale and parted slightly. The suggestion of dimples on either cheek made her ache to see him smile. Then there were the long, dark eyelashes and the contoured nose, all coming together to create a striking, attractive package that kept her eyes glued to his face.

Her heart began to race. What is wrong with me? Shaking off another wave of nausea, Sarah closed her eyes and concentrated on breathing. Her knees weakened underneath her, but she kept on inhaling and exhaling. A few more minutes and it would be over.
In her short life, Sarah hadn’t met a man who evoked the well– documented “butterflies-in-the-stomach” phenomenon. Now here she was, staring at a complete stranger with her heart banging against her chest in a frenzy. This man was just too perfect, too beautiful almost. She was even gladder she’d managed to keep him alive. He’d make a woman happy someday, if he hadn’t already. Instinct made her eyes travel to the man’s ring finger, and her heart skipped when she found it bare.
Goodreads * Add to Want To Read List

Lorenz Font discovered her love of writing after reading a celebrated novel that inspired one idea after another. She is currently enjoying the buzz from her vampire novels Hunted, Tormented and Ascension, Books 1-3 of The Gates Legacy Series, Feather Light, an erotic romance and Pieces of Broken Time</ i>, a military romance.
Lorenz’s perfect day consists of writing and lounging on her garage couch, aka the office, with a glass of her favorite cabernet while listening to her ever-growing music collection. She enjoys dabbling in different genres, with an intense focus on angst and the redemption of flawed characters. Her fascination with romantic twists is a mainstay in all her stories.
Lorenz lives in California with her husband, children, and two demanding dogs. She divides her time between her full-time job and her busy writing schedule.</ p>
~~CONNECT WITH THE AUTHOR~~
Twitter * Facebook * Goodreads* Website


~~OTHER TITLES BY THE AUTHOR~~ 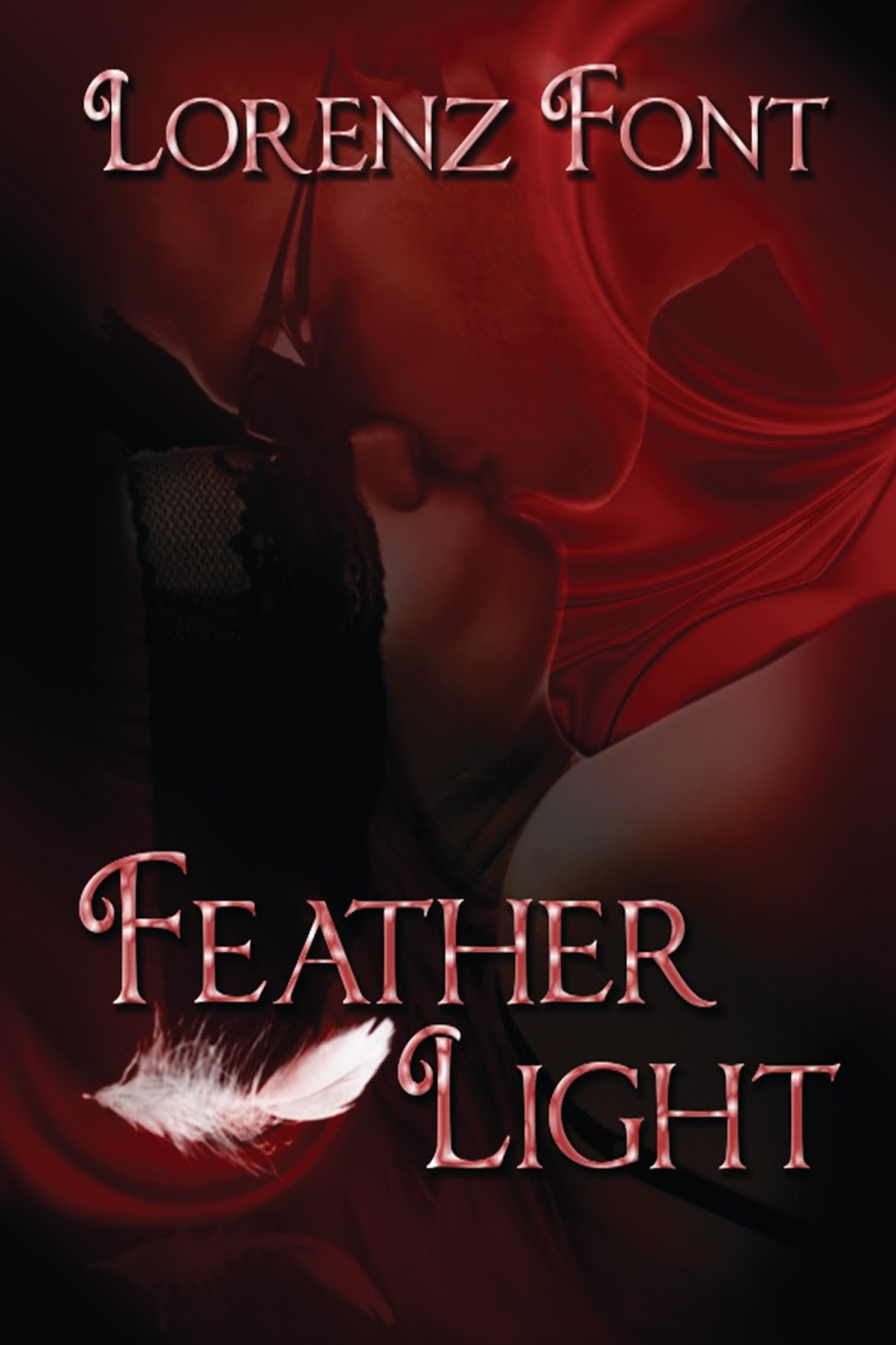