Available NOW for preorder from:

Indulge in ten sexy paranormal romance novels, written by New York Times and USA Today bestselling romance authors. With shifters, vampires, demons, and otherworldly creatures all looking for their own forever-loves... This box set bundle will get you in the mood for a sensual Halloween!

The books in Wicked Hot Reads: 10 Paranormal Romances would cost over $30 to buy individually. Save $29 by getting the bundle for just 99c for a limited time!

Knocking on Demon's Door by NYT & USA Today bestseller Cathryn Fox: When Michelle discovers what's really going on at the resort, will her trust in a demon turn her in to one of the missing, or will he save her from the real monsters?

The Wolf Who Played With Fire by NYT & USA Today bestseller Sarah Mäkelä: Mia’s mistakes have forever changed the lives of those close to her, but when her soldier boyfriend, Ethan, goes missing on duty, she harness every magic power she possesses to get him safely back…

Fallen Ever After by NYT & USA Today bestseller A.C. James: Arie wanted Holly from the very first moment he met her, but the long-standing feud between the faeries that run the Chicago Crew puts Holly and other fledgling vampires in danger. Can they stop a vampire-fae war that’s been brewing for nearly a century?

Bared to Him by NYT & USA Today bestseller Jan Springer: Human by day, and a tentacle shapeshifter by night, sexy Gray Wagner, is the last male that Miranda Bolton dreams of falling in love with, until she begins to fantasize about all the naughty things he can do to her…

A Mate's Bite by USA Today bestseller Milly Taiden: After an explosive night of passion, Karla is sure she’s a one-night stand for the man she’s wanted for years, but Nate has marked Karla. Only true love and a wolf's promise can hold together a relationship created with a bite and a hope for tomorrow.

Archangel Rafe by Lisa Hughey: Angelina’s only respite from her overwhelming life is in her dreams with a stunningly hot angel, but when an unexpected threat puts both the Angelic Realm and Earth in jeopardy, Angelina will need to accept her destiny before it’s too late...

Blaze of Secrets by Jessie Donovan: Rescued from a prison for magic users, Kiarra is now a wanted criminal and must rely on a mysterious Brit to help her evade capture. Before long, her handsome rescuer becomes much more than just her trainer…

Mark of the Serapath by Titania Ladley: After a catastrophe unleashes Josie’s Serapathian witch magic, she suspects her sexy, mysterious lover is a Kynthian vampire ordered to kill all Serapaths. Despite the risks, passion explodes between them, threatening the future of the entire world.

Dragon’s Honor by Mina Carter: Bodyguard duty. Undercover. As human. Simple. Until shadow-dragon Baron realizes the woman they’re protecting is his mate. Add in a crazy warlock…and Baron might have to make the ultimate sacrifice to save her. 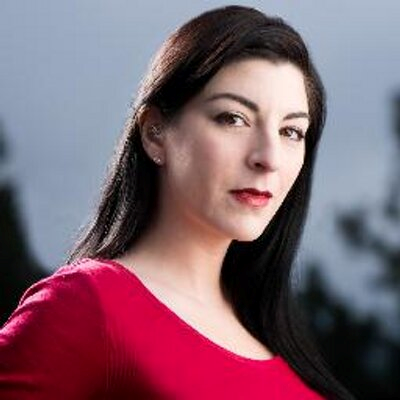 Shoshanna Evers
New York Times and USA Today bestselling author Shoshanna Evers has written dozens of sexy stories. She is best known for The Enslaved Trilogy, The Tycoon's Convenient Bride...and Baby, Overheated, Make Me, and How to Write Hot Sex. Evers is also the cofounder of SelfPubBookCovers.com, the largest selection of premade book covers in the world.

Reviewers have called Shoshanna’s writing “sensuous, delightful, and sizzling” with stories where “the plot is fresh and the pacing excellent, the emotions…real and poignant.” Shoshanna used to work as a syndicated advice columnist and a registered nurse, but now she’s a full-time romance writer and a home-schooling mom. She lives with her family and three big dogs in Northern Idaho, and loves to connect with readers!

Shoshanna wants to stay in touch!
Sign up for her newsletter to hear about new releases first, and read excerpts you won't find in the sample pages! ShoshannaEvers.com/newsletter

Cathryn Fox
New York Times and USA Today bestselling author, Cathryn Fox is a wife, mom, sister, daughter, and friend. She loves dogs, sunny weather, anything chocolate (she never says no to a brownie) pizza and red wine. She has two teenagers who keep her busy with their never ending activities, and a husband who is convinced he can turn her into a mixed martial arts fan. Cathryn can never find balance in her life, is always trying to find time to go to the gym, can never keep up with emails, Facebook or Twitter and tries to write page-turning books that her readers will love. 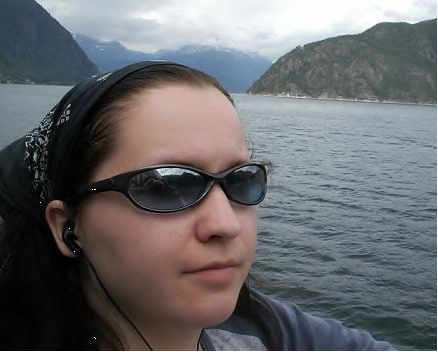 A life-long paranormal fan, she still sleeps with a night-light. In her spare time, she reads sexy books, watches scary movies (and Ghost Adventures), and plays computer games with her husband. When she gets the chance, she loves traveling the world too. 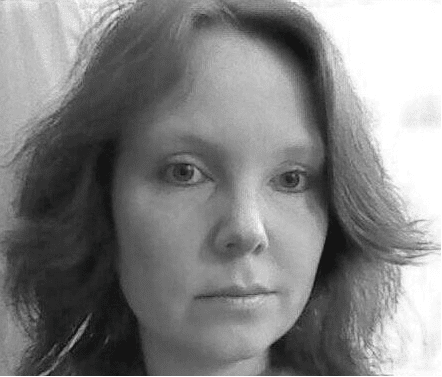 A.C. James
New York Times and USA Today bestselling author A.C. James writes paranormal romance and erotica, including Eternal Ever After which was featured in the bestselling Spice Box anthology. She pounds out sexy scenes at her keyboard where romance is laced with horror in hot stories of vampires and bad boy werewolves. Her stories feature strong heroines and alpha heroes, with plenty of action, twists, and turns that will keep you turning pages.

A.C. resides in northeast Pennsylvania where she entertains her husband with her imaginative yarns and quirky sense of humor. She spends her time drinking large vats of coffee while taming two toddlers by day and writing by night. Recovering video game beta tester and tech geek who grew-up going to cons and watching SmackDown. There's probably some cosplay pictures around somewhere of her dressed up as Bloodberry from Saber Marionette J. Just don't tell anyone. 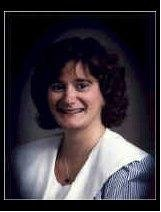 She loves hearing from her readers. Visit her site at http://www.janspringer.com 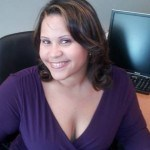 Milly Taiden
Hi! I'm Milly Taiden (AKA April Angel). I love to write sexy stories. They're usually either paranormal or contemporary with a large dose of heat. My paranormal stories can be anything from wolf-shifters (my favorites) to witches, demons and anything in between.

I was born in the prettiest part of the Caribbean known as the Dominican Republic. Currently, I live in New York City with my hubby, the bossy kiddo and our little dog "Needy Speedy". Don't ask.

I am addicted to shoe shopping, chocolate (but who isn't, right?) and Dunkin' Donuts coffee.

Come on over and visit me! I love to meet new readers!

Like my books? Want to stay on top of all things Milly? Sign up for my newsletter at http://mad.ly/signups/87477/join

There’s a giveaways to all the emails signed up to get the latest news on my releases. 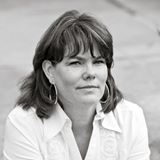 Lisa Hughey
Lisa Hughey has been writing romance since the fourth grade, which was also about the time she began her love affair with spies. Harriet and Nancy Drew and the Hardy Boys later gave way to James Bond and Lara Croft and Jason Bourne.

Exploring the complex nature of a profession that requires subterfuge and lies fascinates her. She loves combining her two passions into fiction. As evidenced by her Black Cipher Files series.

Archangel Rafe was her first foray into the paranormal but after spending time in the Angelic Realm, it won't be her last. At their heart, the Seven novels are about the dynamics of family relationships. But the really hot Archangels don't hurt.

And recently she's been immersed in the Stone Family novellas, four stories about a blended family of brothers and sister who have a lot more in common than they realize. But of course she couldn't just write about family and romance. There are complex plots, bad guys, and suspense too.

Lisa loves to hear from readers and has various places you can connect with her, although, shh, Twitter is her favorite. 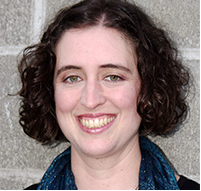 Jessie Donovan
Jessie Donovan wrote her first story at age five, and after discovering the Dragonriders of Pern series by Anne McCaffrey in junior high, realized that people actually wanted to read stories like those floating around inside her head. From there on out, she was determined to tap into her over-active imagination and write a book someday.

After living abroad for five years and earning degrees in Japanese, Anthropology, and Secondary Education, she buckled down and finally wrote her first full-length book. While that story will never see the light of day, it laid the world-building groundwork of what would become her debut paranormal romance, Blaze of Secrets.

Jessie loves to interact with readers. When not reading a book or traipsing around some foreign country on a shoestring, can often be found on Facebook and Twitter.

Join Jessie's newsletter here: http://bit.ly/19FmZbt or visit her website for information at: www.jessiedonovan.com

She also writes under the pseudonym Roxana Blaze. 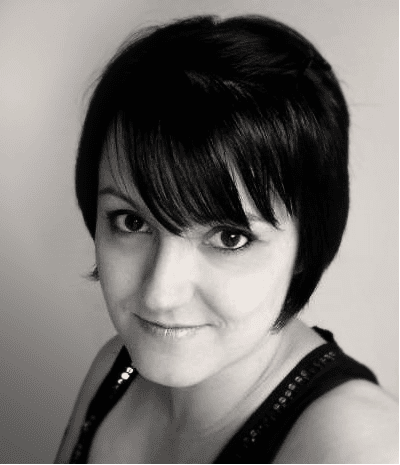 Mina Carter is a bestselling, multi-genre author, a prolific digital artist, and a photographer. She lives in the UK with her husband, daughter and a bossy cat who prefers to sleep on her desk rather than his bed.

If you’d like to be notified of new releases AND get free eBooks sign up here: http://eepurl.com/dCFGs. Your email address will never be shared and you can unsubscribe at any time.