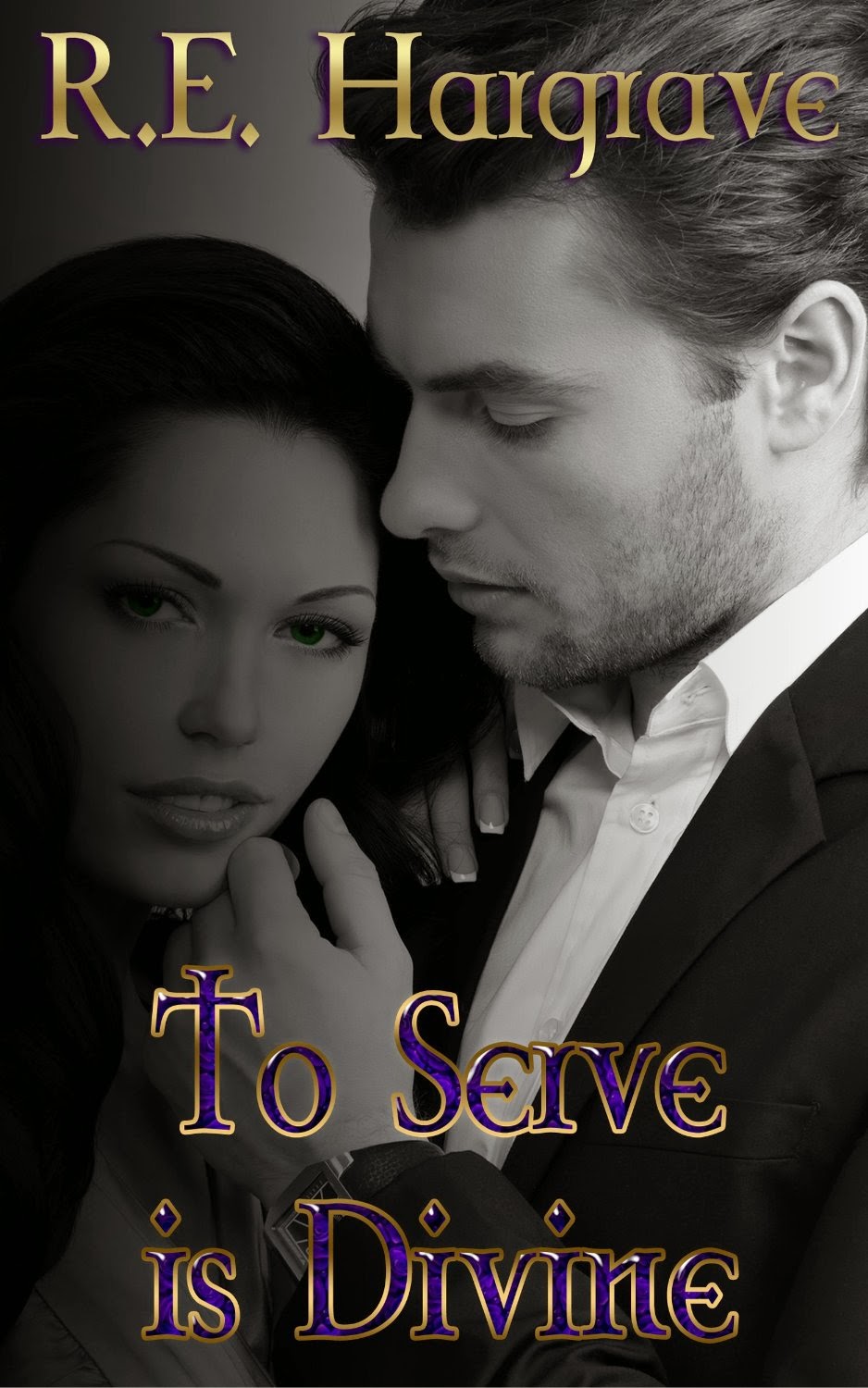 {Book #1}
"To Serve is Divine"
Synopsis
***Contains explicit sexual content (including multiple partners and gender pairings) and mature situations which could be trigger-inducing for some readers.***
Catherine O’Chancey is a reserved, demure, and graceful submissive. All traits she trained hard to enhance when she discovered the world of Dominance and submission in college. In an attempt to start fresh after the unexpected death of her last Dom, Catherine moves to Dallas, TX to escape the shroud of darkness he left behind in her life. She has tried to fight the need that resides deep within her to submit, but finally has to admit she can’t for it is not a choice, but part of who she truly is. After months of mental preparation, she ventures back into the lifestyle by attending a coveted open-night event at Dungeons and Dreams, an exclusive BDSM club.
Is it fate or coincidence that Catherine garners the attention of one of the club’s board members who happens to be on the hunt for the perfect sub – a partner who enjoys receiving pain and pleasure as much as he enjoys doling it out?
Jayden Masterson is many things: a firm Dom, a shrewd businessman, and a gentleman. What he isn’t, is someone who partakes in relationships outside of contractual ones with his multiple, un-collared, regular submissives. While he likes rough sex, he is not an animal, and can find pleasure only if it is consensual. What his harem is missing is a pain slut; could there be one in his future?
Upon meeting Catherine, Jayden feels an instantaneous spark inside him that has him wanting to know not just her body, but her mind. He wants to unravel her mysteries and discover her secrets. Through pain can they find the pleasure they seek? Can part-time pain lovers find full-time fulfillment when it’s not in their contract?
Genre Erotica/ BDSM
Publication Date January 20th 2013

My Review
At first I expected this to be a typical BDSM novel. You know the kind, sex scene after sex scene where the female is humiliated and the man is an ass without any substance or plot. Thankfully, this book is NOT like that! I was drawn to Catherine in a way that I felt sorry for her loneliness in life. She shows us that she is strong and knows who she is and what she wants, which is rare for someone her age. Jayden is the mega-mogul who controls everything in his life. He even uses his secretary as a submissive. Of course, I thought about the possible sexual harassment suit, but that doesn't seem to be his concern. Jayden keeps multiple submissives, but feels drawn to Catherine. He can't explain why, but he just is. As we follow this story, we watch their "relationship" blossom and change. We are left hanging at the end, but in a way that only makes me want to read the next book! 4 out of 5! 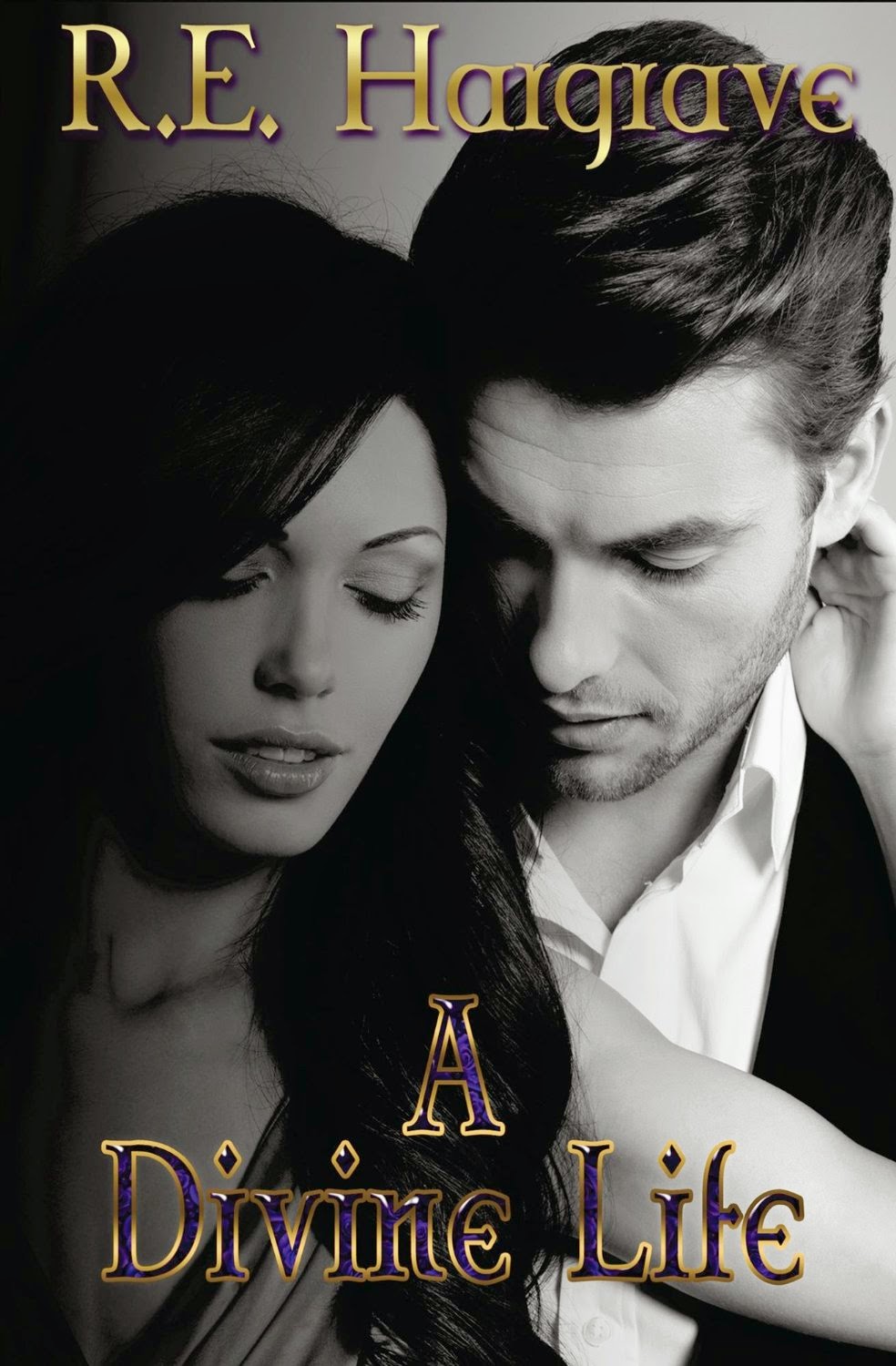 {Book #2}
Synopsis
***Contains explicit sexual content (including multiple partners and gender pairings) and mature situations which could be trigger-inducing for some readers.***
Over the past year of being Jayden Masterson’s collared submissive, Catherine O’Chancey has worked through the mental terrors left behind by her old Dom — or at least she thinks she has. To celebrate their collaring anniversary, Jayden organizes a special day, during which her final fantasies will be realized and her limits tested. Will it prove to be more than she can handle? Can she endure the erotic onslaught her mind and body will experience and survive unscathed?
While Catherine faces these dark shadows and pleasurable highs, Jayden will find his own inner strength being tested, too. He has come to realize that, somewhere along the way, Catherine has taken possession of his heart, mind, and body. Now, he faces his biggest challenge ever; he must let go of all his submissives but one: his jewel, Catherine. Can he leave his philandering ways behind? Has he made the ultimate mistake by putting his jewel into the hands of others? Will his gift to Catherine wind up costing him the one thing that has ever meant something real to him?
Jayden has helped Catherine heal from past wrongs and chase away the nightmares. In return, Catherine has shown him what it means to care for someone beyond mere sexual gratification. Their strengthening bond as Master and submissive has paved the way for deeper emotions — if they can find the courage to open up to each other.
Join Catherine and Jayden for an emotion packed weekend that could forever change the future of their relationship. This could be their best chance at love, but first both Dom and sub must gain control over the one thing they can’t put in a collar: their deepest doubts and fears. For this kind of healing, the necessary treatment must be mutually given. Is it too late to erase some old scars?
Genre Erotica/ BDSM
Publication Date August 5th 2013


My Review:
Oh. My. God. I have been trying to figure out how to write this review for a while. I enjoyed To Serve is Divine, but this book blew me away. Blew. Me. Away. Ms. Hargrave has a talent for weaving a story that many would consider too much and making it just right. The character development, the scenes, the emotions, it is all there. While I was reading I could see the rooms Catherine was in, what was going on, and how she felt with no work on my part. Jayden continues to impress me with his desire to please Catherine and himself. The ARC ends with an excerpt from the next book, and I can't wait to get my hands on it! This book is HOT HOT!! 5 out of 5!!

To Serve is Divine excerpt (18+):
For the next hour, Jayden shifted topics in the questioning. Sometimes his questions were in regards to Spencer, other times he asked about childhood memories. The whole time he monitored the bullet, watching her skin tone and breathing so he knew when it was getting to be too much or taking her too close to an orgasm.
Together they worked the first memory out of her. When she was done talking, her cheeks were tear soaked, and Jayden felt nauseous. Spencer had not been a Dom. He’d been an abuser, and Catherine had been nothing more than a worthless object to him. The time had come to welcome her back into the true meaning of the Lifestyle; Jayden could wait no longer.
The Dominant stood and freed the velvet box which contained the length of black pearls from his pocket. Attached near the clasp was a small charm engraved with a four-leaf clover for outer appearance while the back of the charm was etched with Jayden’s initials and a triskelion—the emblem of their Lifestyle.
“Catherine,” he said standing before her. “Will you allow me to collar you?”
There was nothing ritualistic about it, just straight to the point. Jayden wanted her; wanted to have a hand in her life full-time, even if they played just on the weekends. He was offering to be there when she was happy and when she was sick. Protection within the community would be provided by him. More than anything: he was stating that he wanted her.
Catherine met his gaze and smiled before she slipped from the chair to take a proper position on her knees for the occasion.
“Aye, Sir. To serve you will be divine,” she answered, and Jayden could tell her heart raced within her chest—much like his own.
He fastened the choker around her neck, allowing the pads of his fingertips to linger against her soft skin a moment longer than necessary, and then he kissed her lips.
“I’ve chosen black pearls for your collar because of all this particular treasure has to endure for its inner beauty to shine, and for its rarity. You are my pearl, my jewel, and you’re servitude will always be surreal.”
__________________________________________________________________
A Divine Life excerpt (18+):
Catherine was locked into position: hands tied above her head, legs spread wide with knees bent, the mock cock buried deep in her ass. Her sex was stretched slightly open, and she could feel the edge of the table pressing just under the bottom of her ass, bound as she was to the edge of the table. The dildo was the one thing keeping her from slipping off. Catherine felt like a slut; she felt like a seductress, and she felt beautiful in her submission for her Master—even if he wasn’t there.
The camera came to life, surrounding her with its audible preservation of every emotion on her face, leaving no part of her hidden but her eyes.
Shawn returned to her side and flipped her skirt up so that, once again, Catherine was on full display. A cool breeze traipsed over her left nipple when he tugged the blouse down, catching it under her breast.
A single camera click chirped before a sharp, repetitive beeping broke into the serenity of the afternoon.
“Well, shit!” huffed Shawn. “Sorry, doll, my battery just died on the camera. I need to run back inside and grab my spare.”
“Um, Shawn, please don’t leave me out here alone. You’ve got enough pictures, right?” Catherine could feel her nerves rolling in her stomach, souring it. Her heart pounded in her chest. She didn’t want any more surprises; she just wanted to get the damn blindfold off!
“It won’t take but a minute. I’ll be right back, okay?” He patted her leg, and she whimpered. “Don’t go anywhere!” Shawn instructed, laughing at her expense; because really, where the fuck was she going to go?
“Shawn.” A door closed, and Catherine had to assume it was the door back into the building. “Shawn!”
Oh, you have got to be kidding me! He did not just leave me out here like this. I know he made sure everything was secure, but so help me; if I slip off this table, I’m going to kick his ass!
“Shawn?” She tried one more time. Nope, the fucker was gone. “Well, fuck me!” she growled to the trees.
A twig snapped behind Catherine.
“I think I just might do that,” came a low whisper.
__________________________________________________________________
About the Author

R.E. Hargrave lives on the outskirts of Dallas, TX where she prides herself on being a domestic engineer. Married to her high school sweetheart, together they are raising three children from elementary age to college age. She is an avid reader, a sometimes quilter and now, a writer. Other hobbies include gardening and a love of a music.
A native 'mutt,' Hargrave has lived in New Hampshire, Pennsylvania, South Carolina, Alabama, Texas, and California. She is fond of setting her stories on location in South Carolina and Texas, but it’s anybody's guess as to what the genre will be!
Connect with R.E. Hargrave!
Website | Goodreads | Facebook | Twitter
a Rafflecopter giveaway