Picking Up the Pieces AND Perfectly Ever After by Elizabeth Hayley 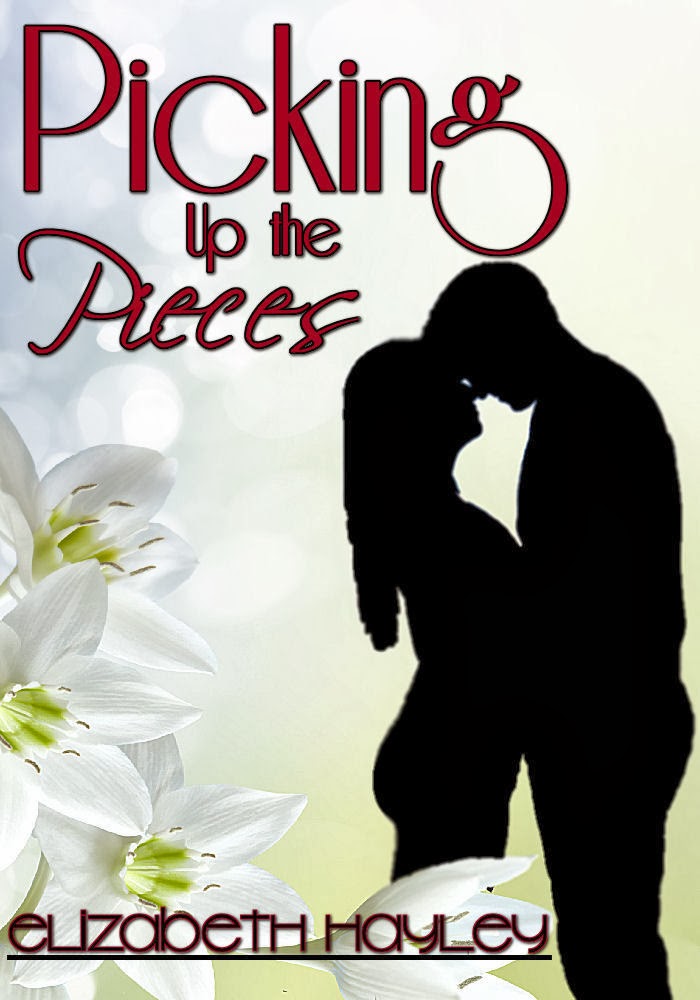 Picking Up the Pieces Synopsis:
Synopsis:

After a myriad of mistakes and a devastating breakup, Lily Hamilton is no longer the impulsive, selfish person she had once been. Now, she longs for the chance to make it up to the one person she knows holds the key to her happiness. But can he get beyond who she was and love her for who she is now? Or is history destined to repeat itself?

Adam Carter has gone through his own metamorphosis. His days of serial monogamy are long gone, and he's been burying his hurt by dating women he has no intention of committing to. But when he sees Lily for the first time in months, he's reminded of the man he used to be; the man he wants to try and be again--for her.

Max Samson is on the downward spiral from hell. Drinking and meaningless sex have taken over his life once again, causing him to revert back to the man he'd been before Lily fell into his life. But when his mother invites Lily back into his world, he suddenly remembers how good it felt to have her there. Even if he might not get to keep her.

Find out how Lily gets her happily ever after in this final installment of her story.  This book is recommended for mature audiences due to language and unbelievably awesome sexual content.

Picking Up the Pieces Excerpt:
Excerpt from Chapter 4: Adam

The drive to school took even longer than expected as Eva told me repeatedly to slow down and be careful going over any speedbumps for fear of ruining her makeup.  “Where’d you learn how to do that anyway?” I asked, nodding toward some powder thing she had in her hand.
“Brittany’s mom.  She taught a bunch of us at a sleepover.”  Her voice seemed more chipper than it had before we'd left the house.  Only ten minutes earlier she’d been ready to give me a third degree burn with that hair contraption, and now she acted like it never happened.  Teenagers.
“Brittany’s mom?” I raised an eyebrow and looked over at her hoping that she’d pick up on the reason for my question without having to spell it out for her.  Brittany’s mom was not the female influence I wanted for Eva. Her skin stayed perpetually tan, even during the winter thanks to baby oil and tanning salons.  And to my knowledge, she didn’t own one article of clothing that did not cling to her body like plastic wrap. I wasn’t sure what she did for a living, but some of the other fathers and I had speculated on more than one occasion.
Eva flipped the mirrored visor up roughly, letting it slap against the roof.  “Yeah, Brittany’s mom.  Gosh, what’s your problem today?”
There’s the Eva I remember so vividly from this morning.  “Sorry,” I replied with a slight shrug of my shoulders and a smirk.
“Just drop me off over there,” she said pointing to a side entrance of the building that was about thirty yards away from the main doors.  “I don’t want people to see me getting out of your car.”
As ridiculous as I thought that was, she was still a thirteen-year-old girl, and I didn’t want to embarrass her.  I rolled my eyes, but began to veer down the driveway toward the entrance Eva had requested.
Until I saw her.  Lily. Walking up the sidewalk toward the school. My mind scolded itself for thinking her name. And as if by reflex, I slammed on my breaks and threw the car into reverse.
“What are you doing, Dad?  I said up there.”
“Uh, I’m gonna drop you at the edge of the parking lot.” I searched for an excuse that would seem believable.  Somehow telling Eva that I didn’t want to run into her teacher from last year (you know, the one I’d been screwing) didn’t seem like an appropriate response.  “The buses are pulling up.  It’ll be easier to turn around.  And it's not cool to be seen with me, remember?"  I quickly added hoping that would strengthen my argument.
Eva seemed to accept the excuse without question, and I sighed internally with relief.  But Eva had always been observant: able to read people better than most.  “What are you looking at?” she asked as her eyes shifted toward the school.
Shit, shit, shit.  Had I been that obvious?  I was surprised at how easily I recognized her from twenty-five yards away. Her wavy brown hair had grown longer, almost reaching the middle of her back.  And her skin was bronzed from the summer.  But as much as I didn't want to think about her, didn't want to see her, I couldn't stop my eyes as they made their way up her bare legs to imagine the soft curve of her ass under that tight skirt.  And as I ogled her, my mind reminded me how difficult these last five months had been.  I'd had nothing but time to think about what had happened between us. And the simple truth was that, as painful as the summer had been, my life was easier without her. She had been disloyal.  And selfish.  And these were transgressions I didn’t think I could forgive. So, I had made a valid attempt at moving on.  I’d even seen a few women, though nothing too serious.
But even though I didn’t want to think about her, my dick had other plans.  It twitched at the sight of her confident stride as she made her way toward the building.  With no luck, I willed myself to look away, to shut my eyes.  I tried to think of anything but grabbing her by the waist and pulling her against me.   Anything to rid myself of my sex-filled visions.  But to no avail.
For once, I was thankful for Eva’s short attention span.  She had already gathered her things and exited the car, seemingly forgetting about her question.  Thank God.
But as she shut the door, I realized that forgetting the subject completely had been too good to be true. “Oh, that’s Ms. Hamilton,” Eva said excitedly as she popped her head in the window one last time.  “I loved her."
As Eva made her way toward the building, my eyes remained on Lily, penetrating her with my gaze.  "Me too," I whispered.
I waited until she entered the building before I reached down to adjust myself through my pants. This is gonna be a long fucking day. 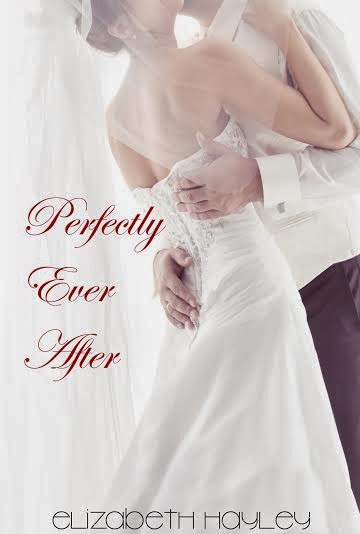 Perfectly Ever After by Elizabeth Hayley
In Pieces of Perfect we introduced you to Lily, Adam, and Max. In Picking Up the Pieces, Lily found her happily ever after with one of the men vying for her heart. But what about the man she didn't choose?  Find out how he attains his perfectly ever after in this final installment of the Pieces series.

About the authors:
Elizabeth Hayley is actually "Elizabeth" and "Hayley," two friends who love reading romance novels to obsessive levels. This mutual love prompted them to put their English degrees to good use by penning their own. The product is Pieces of Perfect, their debut novel. They learned a ton about one another through the process, like how they clearly share a brain and have a persistent need to text each other constantly (much to their husbands' chagrin). They are currently getting ready to release Sex Snob, a novel centered around Lily’s roommate Amanda, and have also begun writing the sequel to Pieces of Perfect.

"Elizabeth" lives with her husband, one and a half year old daughter and nutjob of a dog. “Hayley” lives with her husband and her own crazy dog. They are about to adopt a newborn soon. Elizabeth Hayley's writing motto is best captured by the words of Patrick Dennis: "I always start with a clean piece of paper and a dirty mind."

We split the time on Goodreads, so those of you who have been communicating with us get "pieces" of each of us. We appreciate all of your support!