When passion and obsession collide,
someone has to fall.

Felicity has never met someone like Alex before. Alex literally glows from their lovemaking. For the first time, Felicity is in love, but the woman she's spent the last two months with may not actually be a woman at all. Felicity knows that Alex is something more, but she doesn't know exactly what. Allowing Alex into her life might be the worst mistake she's ever made...

We meet Felicity and Alex as they meet each other in a bar. There's something about Alex that's different, but we're not exactly sure what it is. Felicity has the best sex of her life but is left wanting so much more. The reader is also left wanting more, which comes in Book two. 4 out of 5 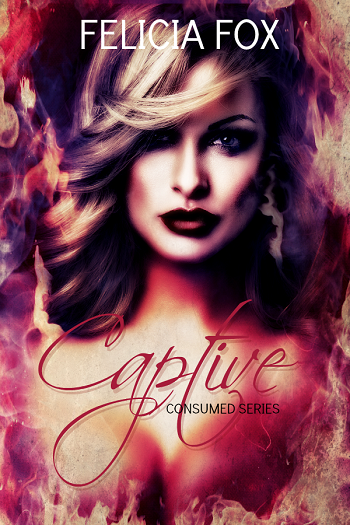 We learn so much more about Alex and her world in this book. Alex has found herself in a position to have to protect Felicity from the evils of her succubus world. Felicity is captured by those who want to hurt Alex and make her pay for falling for a human. Things get very intense and Felicity needs to find out more about her own past to make things work in the present. 4 out of 5.

When passion sets your soul on fire.

Object of a deadly obsession, Felicity has been taken by the crazed incubus, Marius. Secrets, lies, and betrayals are mounting against Alex and Felicity. Will their passion and love be enough to keep from breaking Felicity, or will Alex’s world be the end of her?

The third part of this serial series is the best book, I think. All of your questions are answered. Felicity and Alex must decide how they are going to make their relationship work, if  they can. They must deal with prejudice and stereotypes from everyone. I enjoyed this series very much. I like strong female characters and the sex was really really HOT! I hope to read more from this author! 4.5 out of 5! 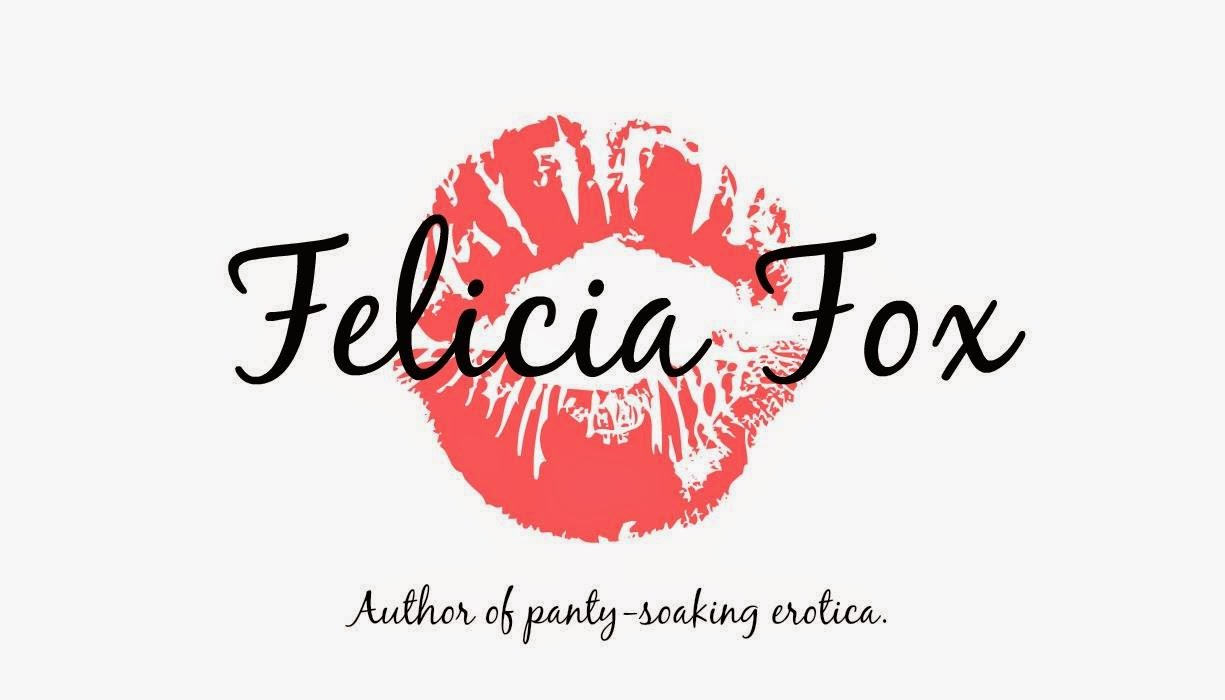 Felicia Fox hails from Northern California. She has her Associate's degree in Applied Sciences, but has always known she wanted to be an author. A lover of arts and crafts, pin up looks, and avid reader, Felicia enjoys spending time with her husband and two children. Consumed, Captive, and Crave is her first published erotica series.

P.S. Felicia Fox is a big fan of drunk Skype ;) 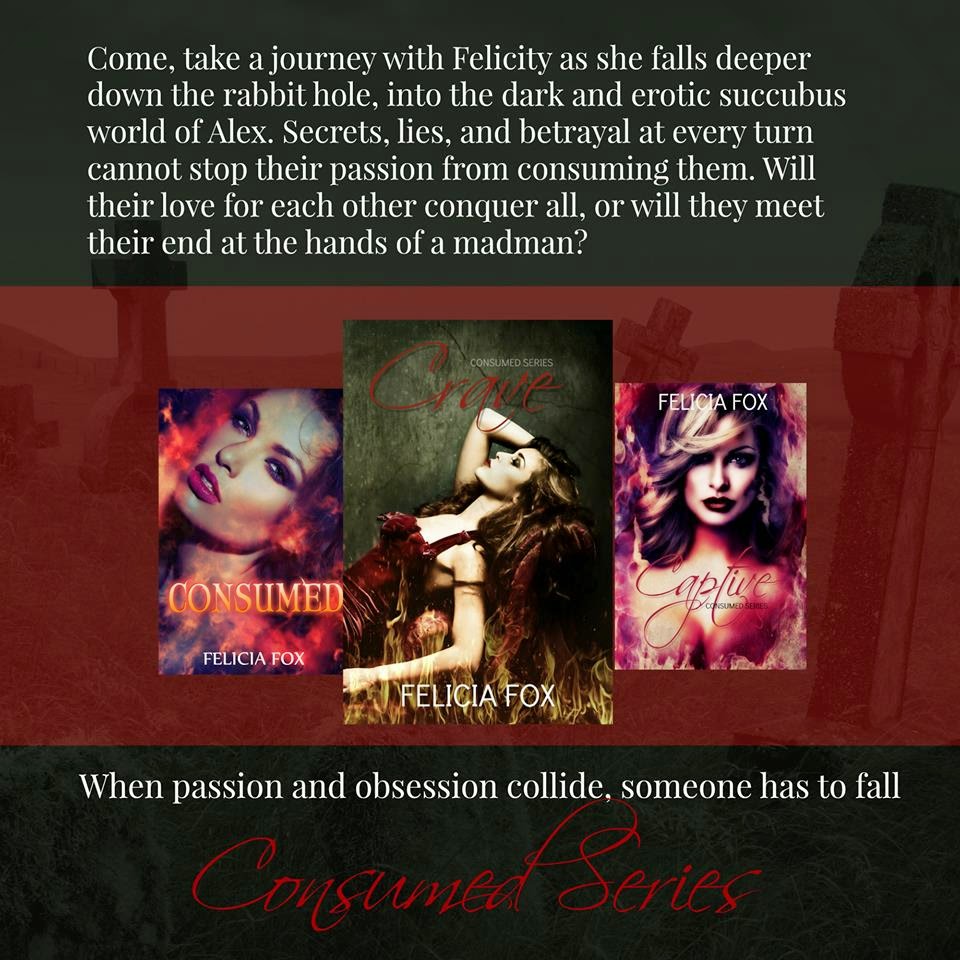 Reviewers were provided free copies of Consumed (Consumed #1), Crave (Consumed #2), and Captive (Consumed #3) by Felicia Fox to read and review for this tour.
Posted by Unknown at 8:30 AM