From the Boots Up by Andi Marquette

From the Boots Up by Andi Marquette 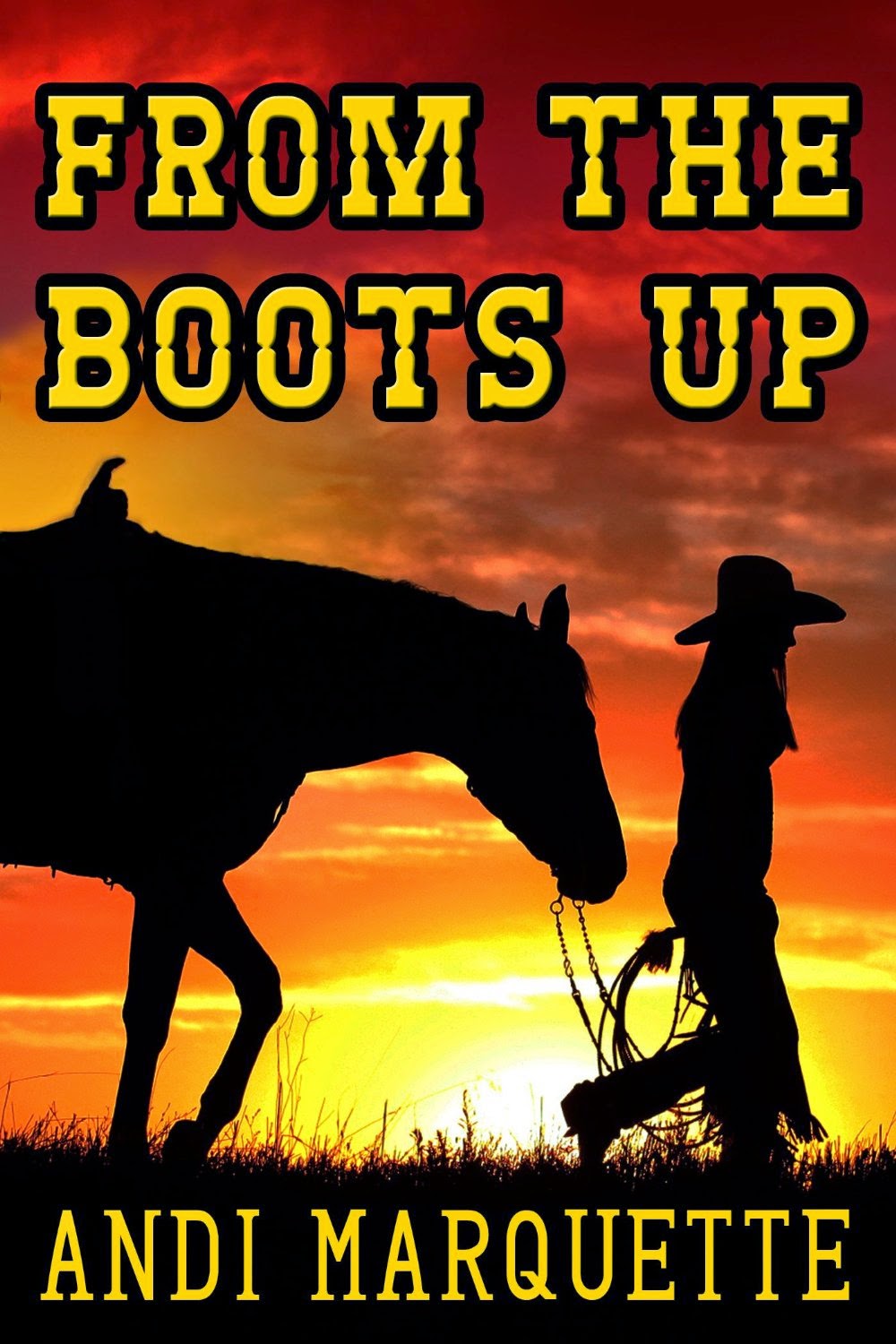 Synopsis:
Meg Tallmadge has more than enough on her plate. She’s finishing up a college degree, getting ready to apply to vet school, and working another summer with her dad, Stan, on the family ranch in southern Wyoming. He’s managed to get the Los Angeles Times to send a reporter out to do a story on the Diamond Rock, which doubles as a dude ranch. Meg knows the ranch needs all the publicity it can get to bring in more customers, but she’s not looking forward to babysitting a reporter for a week. When the originally scheduled reporter can’t make it, Meg worries that they won’t get a story at all, which is worse than dealing with a city slicker for a few days. Fortunately for Stan and the ranch, the Times finds a replacement, and Meg prepares to be under scrutiny, under the gun, and the perfect hostess. She knows what this opportunity means to her father, and she’s hoping that if it goes well, it’ll ease some of the distance between them that resulted when she came out a few months earlier.

What Meg’s not prepared for — and never expected — is the reporter herself and the effect she has on her. In spite of what she feels, Meg can’t risk the fallout that could result from overstepping a professional boundary. But as the week draws to a close, it becomes clear that not taking a chance could be the biggest risk of all.

OTHER:
From the Boots Up is a runner-up in the 2013 Rainbow Awards for best contemporary lesbian romance and best lesbian novel.


Review:
Andi Marquette's “From the Boots Up” is a great F/F short story. It's sexy and sweet. I wish it was longer, I could have done with more of their story and maybe a few more sexy scenes. I really like the characters – Meg and Gina are a hot couple. The setting is great too – gotta love a lesbian cowgirl story! Reminds me of that old joke... A cowboy walks into a bar in the big city and he sits down next to a woman at the bar. The woman doesn't look quite like the ladies from his neck of the woods, so he asked her “What are you?” She replied “I'm a lesbian. I like to dance with women, kiss women, and make love to women. Why? What are you?” He said “Well, I thought I was a cowboy, but apparently I'm a lesbian.” 4.5 out of 5

Author Information:
Andi Marquette was born in New Mexico and grew up in Colorado. She completed a couple of academic degrees in anthropology and returned to New Mexico, where she decided a doctorate in history was somehow a good idea. She completed it before realizing that maybe she should have joined the circus, or at least a traveling Gypsy troupe. Oh, well. She fell into editing sometime around 1993 and has been obsessed with words ever since, which may or may not be a good thing. She currently resides in Colorado, where she edits, writes, and cultivates a strange obsession with New Mexico chile.