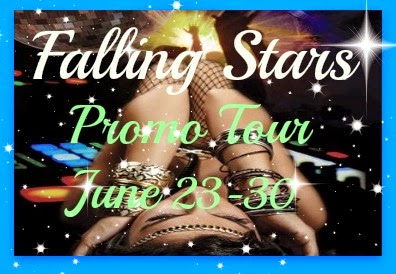 We are so excited for this Promo Event for J.L Brooks' Falling Stars Volume #1. It had all the makings of a perfect plot, and for bestselling author Lila Keaton-it was a hedonistic past she kept hidden far away. Many nights were spent crossing the velvet rope, dancing until dawn and bedding one of the worlds biggest DJ’s, Hunter Michaels AKA Arial Assault.

When Lila’s agent uncovers her thrilling secret, it appears as if nothing is off limits when it comes to pitching the story, whether Lila wants to tell it or not. Despite knowing her reluctance is career suicide, she cannot bring herself to open her heart once more to the man who nearly destroyed it.

Given the opportunity to escape her predicament, Hunter attempts to reconcile the pain he has caused, and rekindle the passion that was abandoned long ago. When a series of events causes history to repeat itself, Lila sets off unaccompanied through out the west to test her boundaries with the sensual and surreal, and ultimately come face to face with the only thing that can keep her from falling. 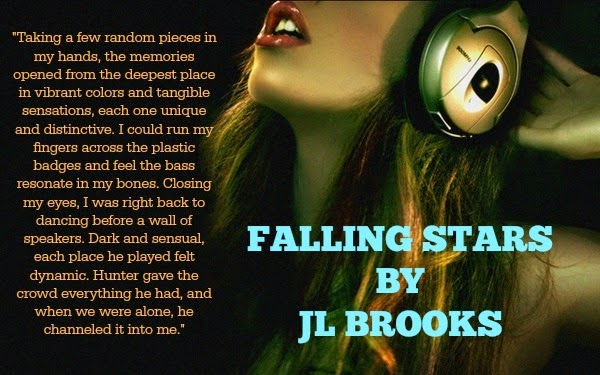 Danielle's Review
J. L. Brooks’s “Falling Stars” is an interesting read. We get to see several phases of Lila’s (the leading lady) love life in this first book in a series. First, she’s with Hunter, a musician who’s rough and dishonest with her. Then, she’s with Grant, who’s not really the school teacher he claims to be. Then, we see Lila experiment sexually with being dominated. The end is a cliffhanger and there’s a lot going on in this book. There are a good amount of sexy scenes, although I’m not a fan of one of the scenes where she ends up bleeding so much she needs medical care. It feels like several books in one and I’m waiting for the next book to see how it all comes together. 3.5 out of 5

JL Brooks is a former columnist turned novelist. What started as a bet changed her entire

course in life. With a passion for adventure, she believes everyone has a story to tell.

Chances are she will try to convince you to tell yours.