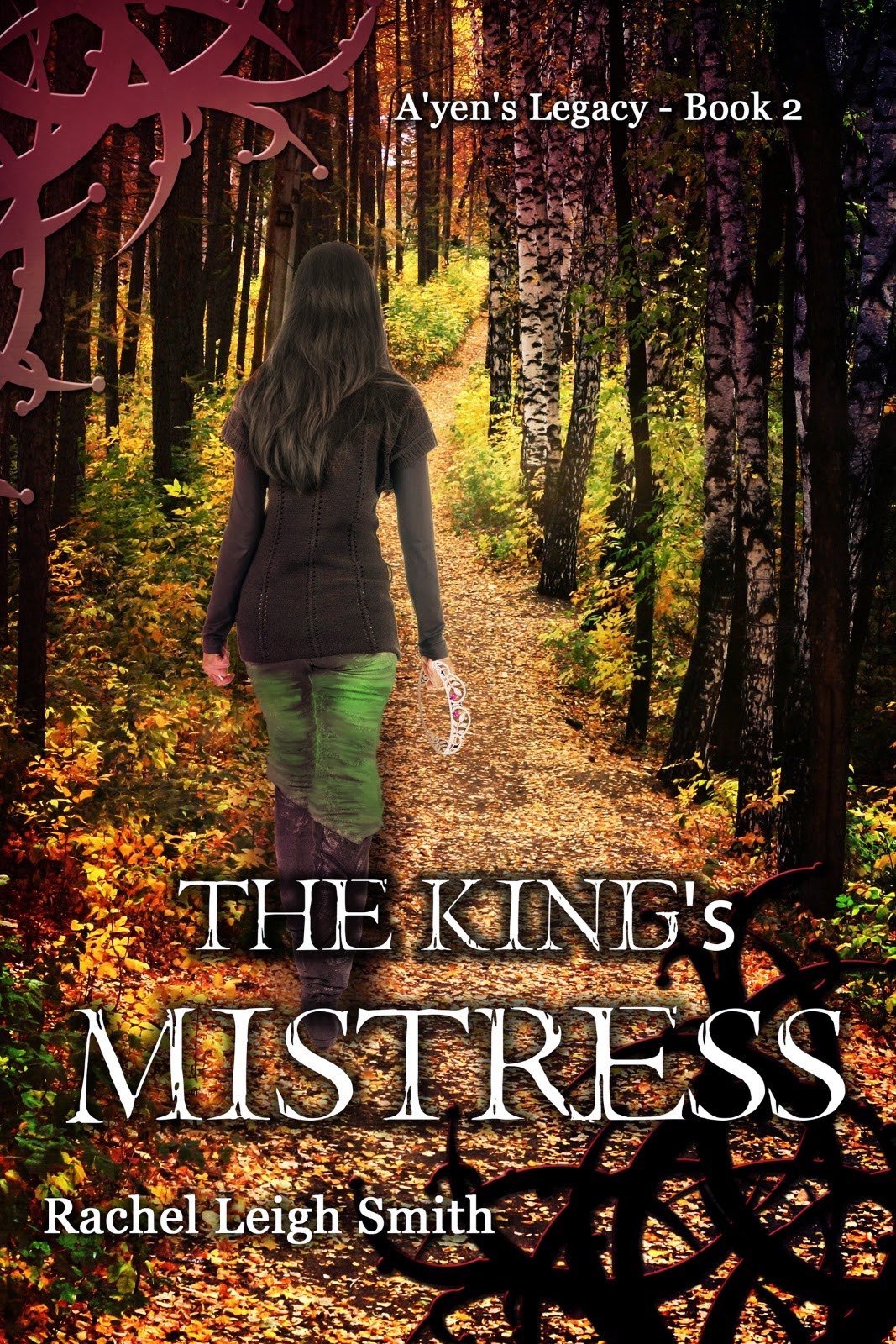 Freedom has a cost. Can A’yen pay it without losing his soul?
Liberation of the enslaved Lokmane begins with the king. A’yen and Fae agree to visit the Hidden, a group of escaped Lokmane, to protect his identity while the Shadows make their move with emancipation acts. But he's not prepared for the prejudice rampant in the Hidden, or their lack of patience for him. And his new linked bodyguard is unstable to the point A'yen fears for the young man's sanity.
Upon returning to Titan, A'yen is kidnapped and taken to the largest breeding farm in the galaxy. This time he'll be himself even if it kills him. His resolve to unite his people grows as he wonders if he'll live long enough to do it.
With A'yen kidnapped, Fae returns to the Lokmane homeworld seeking the final pieces of what happened two thousand years ago when they were conquered and enslaved. Getting as far away from her father as possible is the only way to keep her from disappearing too.
Separated by light years, A'yen and Fae have to stand alone and fight for their right to live in freedom. No matter the cost.

Rachel Leigh Smith’s “The King’s Mistress” is the second book in her A’yen’s Legacy series. It’s an interesting science fiction romance novel. Sort of “Stargate” meets “In Distress” by Caethes Faron (which is a M/M read that’s very well done). The series is daring – I like that she took the chance to have the leading man have a history with another man. The main characters, Fae and A’yen are both complex and multifaceted. Definitely a book for smart readers to really dig into. This is definitely not a standalone book, you need to read #1 first in order to understand the intricate details of this mythology and to get to know the full ensemble of characters. My only small issue is that I wish we had gotten more detailed descriptions of the intimate scenes – seems like we get the start of the scene or a recap of what happened, but never a nice, full-on sexy scene. 4 out of 5

A’yen’s body stiffened, though he tried to relax to keep the burning from coming back to the point he wanted to rip his skin off. Pure, unadulterated evil moved about the house.
He held still on the bed, breathing deep, trying to get a sense of who it might be. Damn stupid pain kept him so cloudy nothing of his telepathic field worked. He missed it. A man’s voice filtered through the closed door. Not close enough to make out the words. Who would come here?
The male voice disappeared and Fae sounded like she held to her sanity by a single thread. She needed him. Now. He pulled his arms under his chest and pushed up from the bed. The room tilted. He grabbed the headboard with one hand, leaned forward, breathed deep again.
Something he’d never felt before crept into his muscles. A warmth, from outside himself. Not from Na’var either. The pain didn’t lessen, but he could move now. Slow, with deliberate care. He kept one hand on the bed, then the wall, moving toward a pair of shorts on the rocking chair. Whoever was out there didn’t need to see him without clothes.
The warmth remained, infusing him with enough strength to get the shorts on, make it to the hall and follow the voices to the living room. Pain accompanied him with every step, and if not for Fae’s need pulling him forward he’d go back to bed.
“Farran, how can you even think of keeping him? Males are more dangerous than you can imagine. I will not have you living here with someone capable of slitting your throat and running away.” Her father. His father-in-law. President of the Breeder’s Association board of directors.
“I’m thirty-two-years-old, Daddy. I think I can decide for myself how I’m going to live.”
A’yen stopped, leaning on the wall in an attempt to slow his breathing. She stood in the middle of the room, her back to him, hands clenched at her sides. Trembling.
“I’ve indulged you long enough. It’s time to come home and take your place. Without this male slave who’s obviously messed with your mind.”
He squared his shoulders and walked the last five feet into the living room. Stopped in the doorway. Leaned against it to hold himself up. “This male slave happens to be her husband and will not tolerate you talking to her in such a manner.”
Fae turned by degrees to face him. She tried to glare at him, but eyes reflecting unshed tears said she’d never been more thankful to see him. More fingers of warmth moved through his body. He crossed to her, folded her in his arms, stared at Benai Hart. She pressed into the safety of his embrace, her trembling forcing the pain to the back of his mind.
“Do you not know who I am?”
“I do. I bow to no one.” 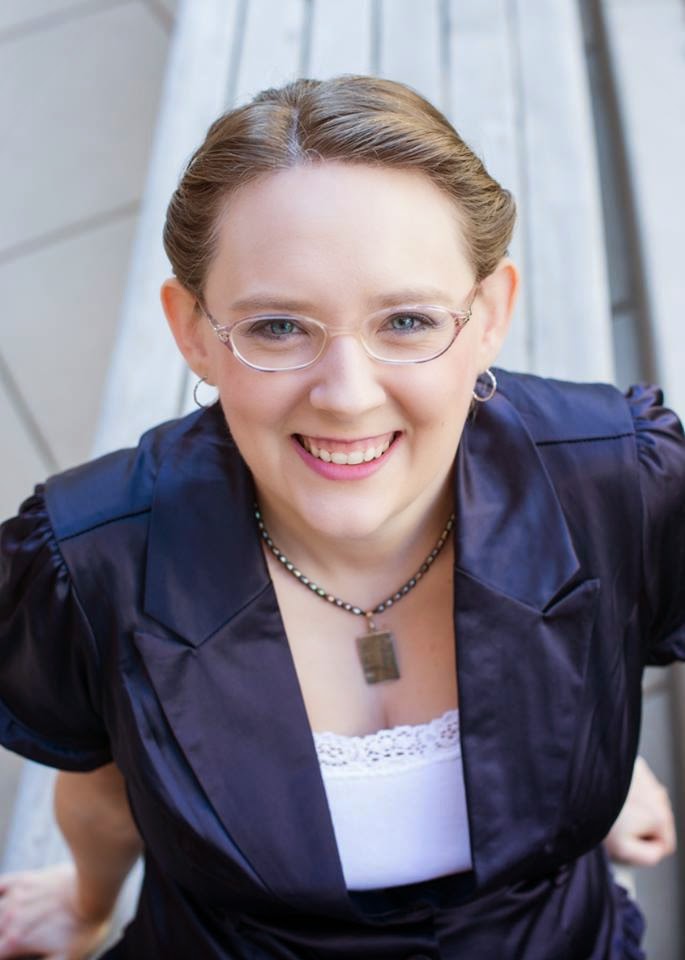 Rachel Leigh Smith writes romance for the hero lover. She lives in central Louisiana with her family and a half-crazed calico. When not writing, which isn’t often, she’s hanging with her family, doing counted cross-stitch, or yakking about life, the universe, and everything with her besties. There may also be Netflix binging . . .
She blogs sporadically at www.rachelleighsmith.com, can be found on Twitter @rachelleighgeek, and hangs out on Facebook, www.facebook.co m/rachelleighsmithauthor. You can sign up for her newsletter here. She’s an active member of the Science Fiction Romance Brigade and Romance Writers of America.
Goodreads:
https://www.goodreads.com/author/show/8425584. Rachel_Leigh_Smith?from_search=true
Amazon:
http://www.amazon.com/Rachel-Leigh- Smith/e/B00O1AX9TY/ref=sr_ntt_srch_lnk_1?qid=1413407078&sr=8- 1
Posted by Unknown at 7:00 AM