Release of Book 3 of 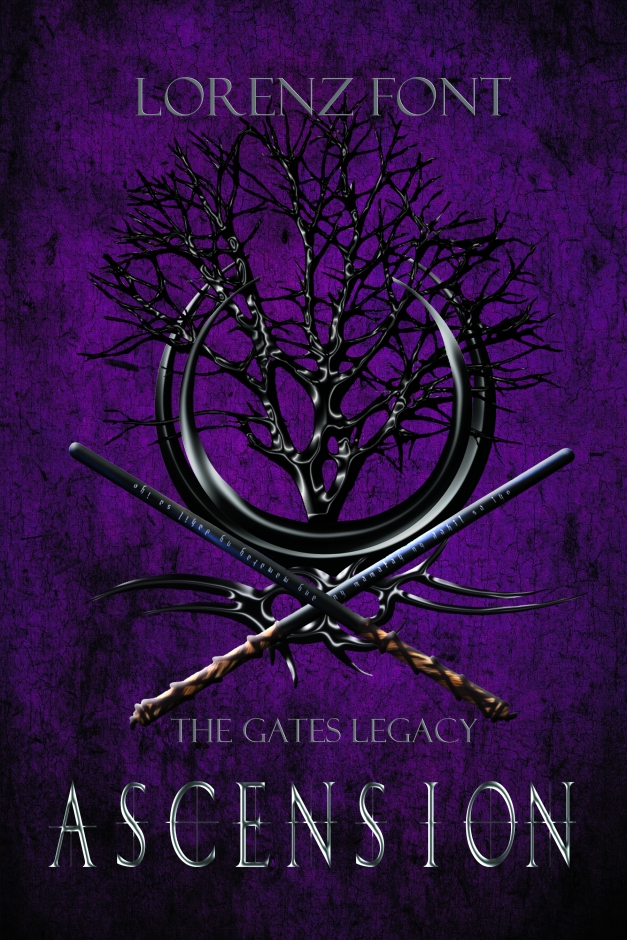 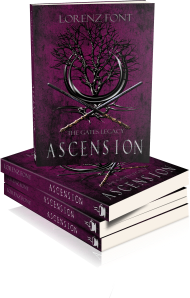 Rohnert is descended from a long line of pure-blooded vampires ruled by the Vampire Council. Quiet and principled, he is known for his combat expertise and is beloved by peers and students alike. When his former ally, Goran, becomes the Council leader and the killing starts, Rohnert strikes out on his own. The vampire race is in upheaval when he discovers a black book that contains the wisdom and history of his people. Rohnert refuses to support Goran’s tyrannical rule and has no interest in ruling himself, no matter what the book foretells. He allies with freedom fighters led by the indomitable Harrow Gates. However, the prophecies fail to prepare him to handle one passionate and determined human doctor. The last thing Shelly Anderson wanted was to fall in love. After meeting enigmatic and reclusive Rohnert, her resolve quickly crumbles. Their one night together ends in a nightmare. She is determined to carry on without him, but Rohnert’s unexpected reentry into her life derails her plans. While she teaches him how powerful a human’s love can be, Rohnert realizes the lengths he is willing to go to keep her close and safe, even if it means violating a long-standing decree among pure-blooded vampires to keep their bloodlines intact. When Goran begins to kill off the remaining Vampire Council Elders, Harrow’s rebels urge Rohnert to step in. It isn’t until harsh reality comes knocking at his door that his choice becomes clear. Rohnert must do whatever he can to save the people he loves or risk losing them forever. However, the reluctant savior may already be too late to protect the lives that matter most.

Jennifer's Review
It's not often that I get upset with an author, but it happened with this book. No, I didn't plot her death or anything, but the direction this story took completely rocked my world. I don't do spoilers, so I will only say that I messaged the author and asked her how she could do that to me. We're back in New York with Rohnert, Harrow, Tor, Cyrus, and the gang. I've missed these characters so much. The compound was under attack at the end of Tormented and that's where we begin this book. Goran continues to destroy the race and Rohnert is trying to find a way to stop him. There is a lot of action and suspense in this book as well as plenty of sexy times. This series has absolutely sucked me in and I can't get enough. I hope book 4 is out soon! 5 out of 5!

The flimsy door was torn off its hinges like a piece of cardboard. “What the hell is going on here?” Rohnert’s voice rattled everything around them, sending the bottles of precious anesthetics to the floor with a loud crash. “Don’t you ever knock?” Shelly wobbled to the nearest chair and flopped onto it clumsily. “I heard you cry. What’s wrong?” Rohnert rushed to her side, ignoring her question, and placed his hand on her belly. It could have been the warmth of his touch or some quack medicinal magic, but her back felt instant relief. Shelly had wanted to deny him the privilege of connecting with their unborn child. Instead, she smothered a moan at the glorious reprieve he brought to her. She was much too proud to acknowledge how his presence soothed her. “Nothing’s wrong. I probably pulled a muscle when I bent down to pick up the scissors.” She tried to move away from him, to disconnect herself from his touch. Cheryl took one look at Rohnert, and without a word took her leave. Mort scrambled to his feet and followed suit. Rohnert kept his hand on her back. “You’re lying.” He peered at her. Shelly bit her tongue to keep herself from lobbing another furious retort. She looked away, focusing on the exit. He had no right to look so attractive and virile, and her heart shouldn’t be hammering against her chest the way it was. Under his close scrutiny, she felt vulnerable, naked almost, and she hated the sexual stirring in her gut. “You look tired.” “I’m fine. It’s my normal. I have to go to work now.” “You’re done working for the night.” Rohnert’s eyes bore into hers. The command in voice would have sent others seeking for cover. She was no pushover. “You’re not telling me what to do.” Shelly stood up and bolted past him. Rohnert was quick to restrain her, and he spun her around to face him. “I’m not doing this to annoy you. You have to look after yourself and our child. Your schedule doesn’t allow you enough rest.” Sure. He was going all gallant on her, showing concern. It was a bit too cozy and little too late. “No, it isn’t,” he said, answering her unspoken words. “I left because I wanted to protect—” “Oh spare me the details. You left because you’re afraid to show you care. Now that I’m pregnant, you come waltzing back into my life to take control. If you’re concerned for the child’s well-being, don’t be. I’m going to let It know who the sperm donor is.” She watched his face harden. “Do not call our child It. We’re going to give him a name, and I’m not just a donor. I intend to be a part of his life every step of the way.” So he had been eavesdropping. Just for kicks, she pushed on. “And how do you propose that we go about doing that?” Shelly held Rohnert’s gaze with enough challenge to discourage any man. His features softened, and his eyes crinkled. “I want a ceremony to bind us. I don’t want my son to be born a bastard.” As in getting married? Her chest felt weird all of a sudden, inflating at the prospect, but she tamped down her excitement. Where in hell does this man get these silly notions? “And if I won’t do it?” Rohnert smiled, exposing the tips of his fangs. “You won’t deny your child the life he deserves.” Too cocky for his own good. Shelly snorted and shook her head. “This child deserves to live in peace away from the killings and without the fear of getting killed.” It was obvious that she’d struck a nerve when his nostrils flared. Shelly stifled a smile. “I will protect my child with my life.” He pulled her closer until their faces were almost touching and held her chin with his thumb and forefinger. “You won’t get rid of me, even if you try.” Without giving her a chance to answer, he cupped her face with his big hands and captured her mouth in a hungry kiss, demanding her to respond. Shelly planted her palms against his chest and pushed. Rohnert didn’t budge. He growled against her lips and deepened the kiss, rendering her breathless and weak in the knees. Her hands relaxed then fisted in his jacket, finally feeling the burn of his mouth. Oh, God. How could she think straight? She prided herself on being tough, and she usually stuck to her resolve. Yet Rohnert short circuited her brain, making it difficult to think of anything but getting him between her legs. His hands wound down to the small of her back and pressed her body until there was not a hairline of space between them. She felt lightheaded. This had to stop. She wasn’t going to . . . Shelly moaned, unable to stop herself from touching his face. If she were truthful with herself, she wanted this and needed him like air. She also needed a doctor. It was obvious she was sick in the head. She had vowed not to allow him walk all over her, and look at what was she doing—allowing him to trample her will and moaning like a sex-starved kitten while he did.

Lorenz Font discovered her love of writing after reading a celebrated novel that inspired one idea after another. She is currently enjoying the buzz from her vampire novels Hunted and Tormented, the first and second book of The Gates Legacy Series, Indivisible Line, a romantic thriller, Feather Light, an erotic romance and Pieces of Broken Time, a military romance. Lorenz’s perfect day consists of writing and lounging on her garage couch, aka the office, with a glass of her favorite cabernet while listening to her ever-growing music collection. She enjoys dabbling in different genres, with an intense focus on angst and the redemption of flawed characters. Her fascination with romantic twists is a mainstay in all her stories. Lorenz lives in California with her husband, children, and two demanding dogs. She divides her time between her full-time job and her busy writing schedule.

Be sure to look for books one and two if you haven't read them yet! 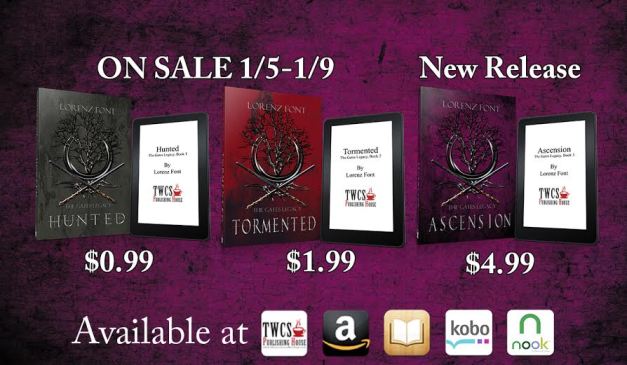 
Praise for Ascension
"The best way for me to describe Ascension is, come for the smoking hot vampires and stay for the action, suspense and gut wrenching drama. It’s not hard to fall under the spell of the visionary creation of Lorenz Font." - Jolene, Valley Girl Gone Country
Goodreads Review