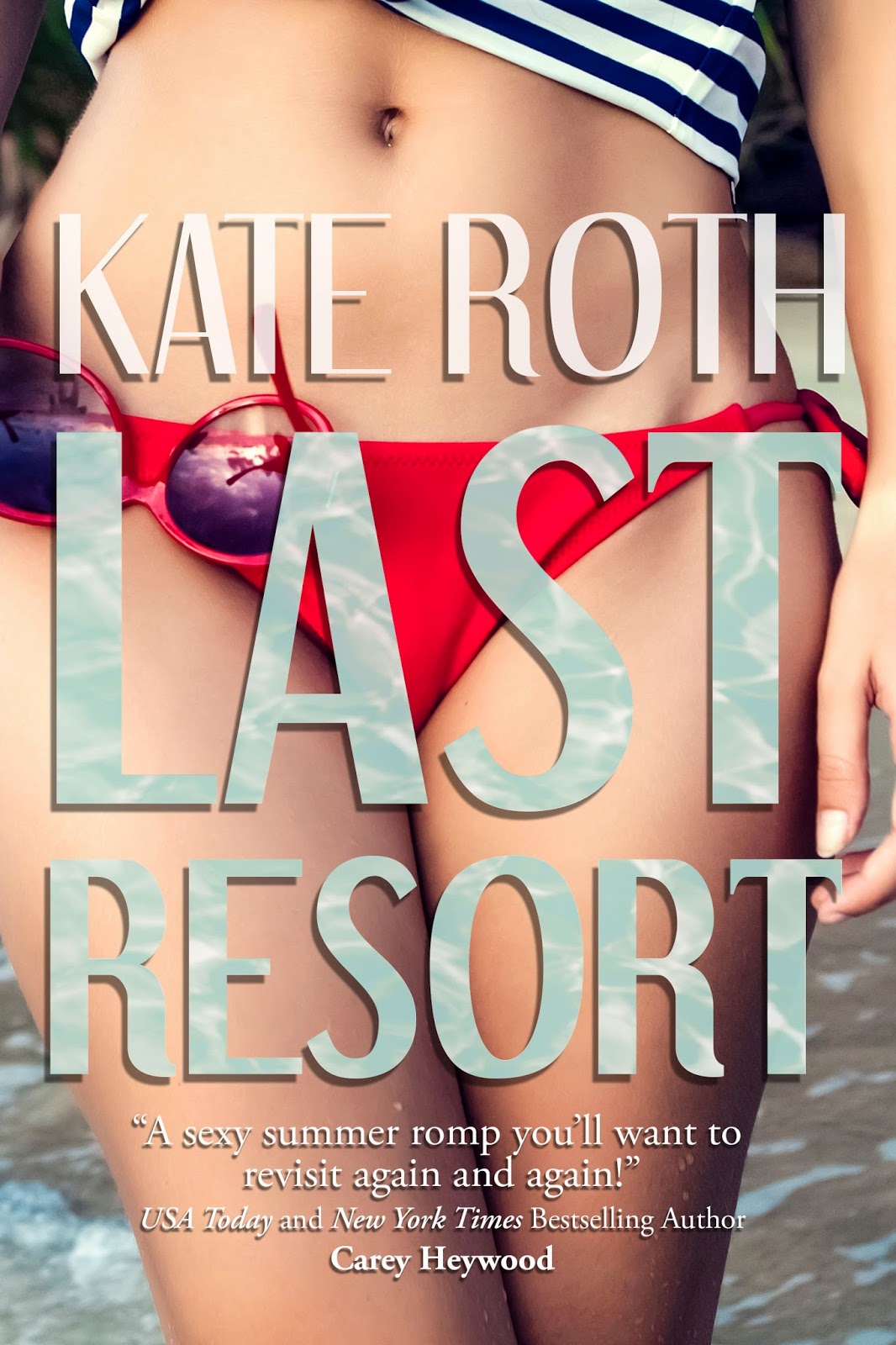 Blurb:
Danielle Ward hasn’t had sex in six years. Sure, she’s been on dates. She even has a boyfriend, but it seems something is always getting in the way when it comes to doing the deed.
After her boyfriend finally loses his patience and leaves her to drown her sorrows, her best friend Georgia comes up with a plan that becomes more and more brilliant with each shot of tequila.
Book a non-refundable solo trip to an adults-only resort with the intention of getting laid.
The beach is picturesque, her room is luxurious, the alcohol is included … and Danielle can’t wait to get the hell out of there the second she checks in. That is, until an uninvited kiss from drunken hotel guest and Hollywood hottie Evan Weston. Once Evan discovers the reason for Danielle’s vacation, he won’t let up in his pursuit to be the one to solve her problem.
Caught between her desire for a fresh start and the preposterous idea of having a fling with her celebrity crush, Danielle decides it’s time to throw caution to the wind and her panties to the floor.
But it’s never just sex, is it? And Evan Weston isn’t just any man. He isn’t just a movie star.
Evan Weston is Danielle’s last resort.

Excerpt: Sitting up, I raked a hand through my hair, which had dried into a mess of bedhead waves. The knocking continued and my heart pulsed with excitement knowing deep down it must be Evan. Bouncing over to the door, I looked through the peephole, flinging the door open a little too eagerly when I saw him. Evan’s eyes widened when he saw me and then a wicked grin curled on those lips I pined for.

“I fell asleep,” I said pitifully.

His eyes were gleaming and without saying anything he gave me a long, dragged out once-over. I glanced down at myself and remembered I’d put on the red satin babydoll nightgown to soothe my skin. Seeing the fire that played behind his eyes as he took me in made the fine hairs on my neck stand at attention. He stepped into me just as he had when he came to kiss me solely because he’d wanted a kiss from me. I backed into the room, my teeth sinking into my bottom lip as I watched the hunger grow in his stare.

Evan was still smiling devilishly when he stepped into my space, making me step back. He was leading us in a dance that moved me straight to the bed where he’d already ravaged me time and again. When my calves hit the edge of the bed, I sank down to sit on the rumpled comforter.

“What are we celebrating?” I breathed.

He tugged his shirt over his head and tossed it near the window. I scanned his firm chest and stomach, sun-kissed and flexing with every breath. My eyes grazed the small script tattoo over his heart, but as he traced his finger from the center of my lips down to the meeting of my breasts, I lost interest in his secret for the night. His finger hooked the slight V of the front of my lingerie, dragging it down before letting it pop back into place over my cleavage.

“That outfit,” he replied.

Author Bio:
Inspired by music, film, art and the wealth of stories she has heard through her career as a professional hair stylist, Kate Roth decided to get real about her love of writing in 2008. She signed up for a course after-hours at the local high school called 'So You Want To Write A Book?'. Indeed, she did! For years Kate had been dreaming up love stories in her head and she'd even managed to write a few of them down but it was that class that gave her the drive to finally do something more with her ideas.

The ideas haven't stopped flowing since. She enjoys writing in all sub-genres of romance and even has a few surprises up her sleeve for the future. Her other titles include New Adult Romance; The Low Notes, Paranormal New Adult Romance; Reckless Radiance, and Contemporary Romances; Natural Harmony and Sway (from the Confession Records collection). She is a small business owner and lives in Indiana with her husband, Adam and their dog, Sampson.