The Certainty of Deception by Jeanne McDonald

the certainty of deception
by
Jeanne McDonald 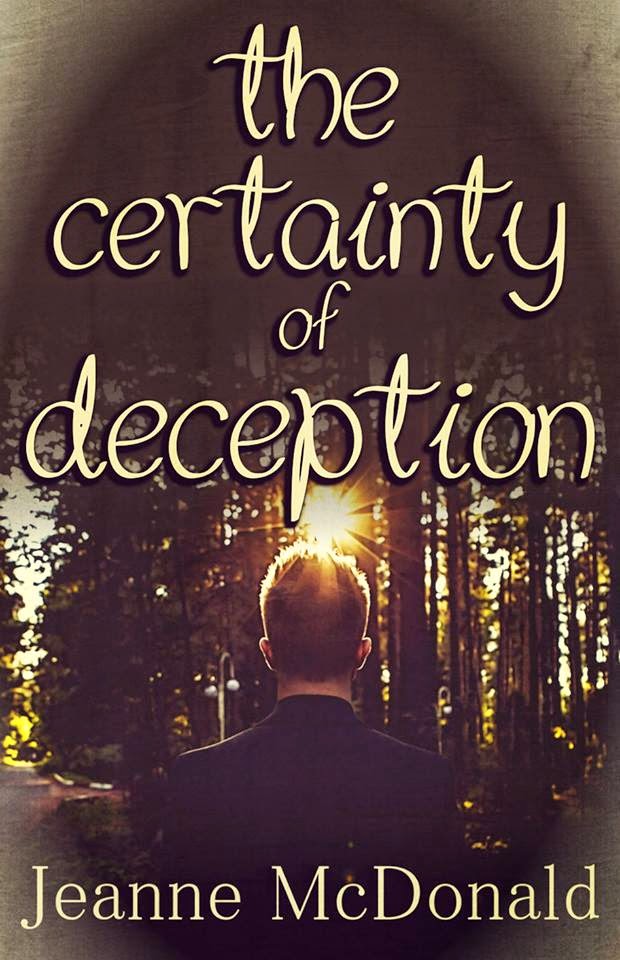 After years of living in the darkness of his past, Andrew Wise, a young attorney working for his family’s law firm in Sarasota, Florida, has finally broken free of the demons that haunt him.  Wealth, success, happiness, and true love; everything a man could ever dream of, was right at his fingertips.  Or so he thought.  But in the blink of an eye, all of that changed.  Upon discovering that his ex-girlfriend, Olivia Hamilton, was pregnant, Drew fell back into some old habits, which led to him losing the one person that mattered the most in his life - McKenzie Evans.

When McKenzie left him and returned to Texas, Drew was beside himself.  The night before she left, he made an agreement with her best friend Jared Christopher, that he would give her time and space to come to grips with the fact that he’d fathered her best friend’s child.  Now, two months later, he feels as though he held up his end of the bargain, Drew can’t take their separation any longer.   With his brother’s wedding mere weeks away, Drew devises a plan to win McKenzie back.

Under the guise of a bachelor getaway for Gavin, Drew, along with his brother and Jared, jets off on an adventure to the panhandle of Texas.  There, he will learn what made McKenzie who she is and will find strength within himself that he never realized existed.

In this charming sequel to The Truth in Lies, Drew and McKenzie discover that not everything is as it seems, forgiveness is a matter of acceptance, and true love really can conquer all.

My Review:
**Be sure that you read The Truth in Lies FIRST or you will be lost with this book.**

Andrew, McKenzie, Olivia, Gavin and Jared are back! This book picks up right were The Truth in Lies leaves off. We learn more about Andrew's past and Olivia's manipulation. McKenzie is caught in the middle but is so trusting that she believes everyone. I was pulled into this book immediately and I couldn't put it down. The relationship between Drew and Kenzie is real and raw at times. I sincerely hope that there is a book 3 because I have to know more about these characters!  4 out of 5! 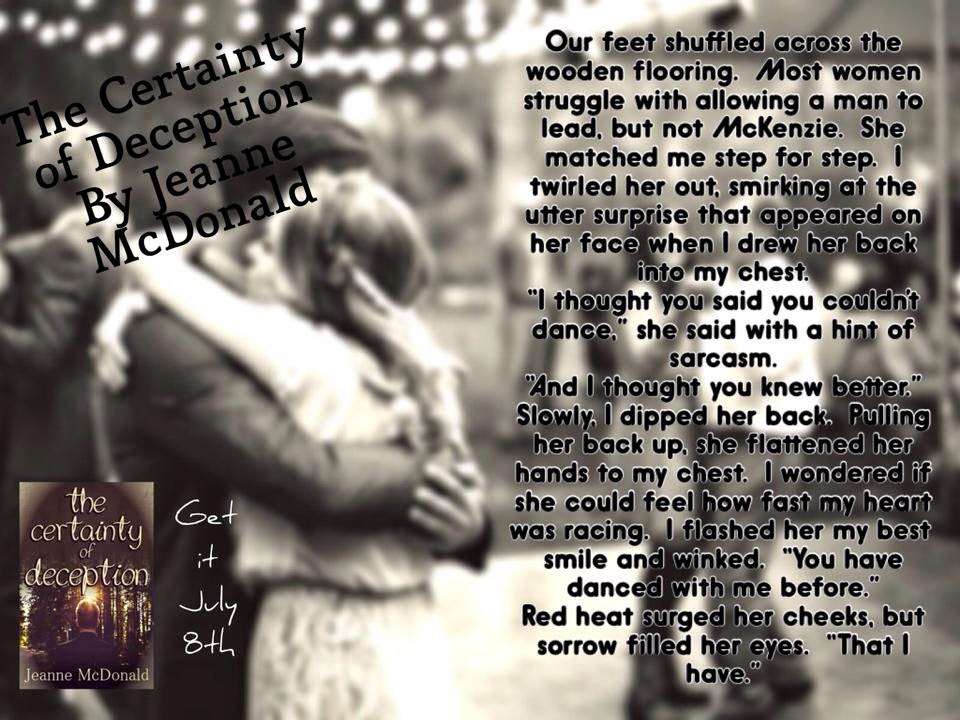 “Evans’ Bodyworks, McKenzie speaking,” her sweet voice serenaded me like a siren’s song.
The wind pushed from my chest in the most orgasmic of ways.
I closed my eyes and allowed the intense rush of relief blow from my chest.  For the last two months, I’d called her office just to hear her voice.  She’d changed her cell phone number to an Amarillo number after leaving, but Evans’ Bodyworks was a listed number.  As per my agreement with Jared, I never said a word.  I simply listened to her until she hung up.
“Hello?”  I shivered with delight at the sweet timbre of her tone.
Since her departure, I’d taken up sending her flowers every Monday, simply to brighten her week.  The phone call was to brighten mine.
“Hello?  Anybody there?”
Oh, God, that Southern drawl.  She’d commented several times about how much she hated her accent.  “I sound like a backwoods hick,” she’d complained.  She didn’t sound like a hick to me.  On the contrary, I could’ve listened to her talk all day long if given the chance.
Drops of rain splattered to the ground.  I looked up at the sky.  It appeared the sun was going to lose the battle of the clouds after all.  Not that I minded, I loved the rain.  The rain held a sentimental value to me.  It was a rainy night where I first made love to McKenzie.  Rain was a good thing.  It brought life and in my case, it brought love.
I closed my eyes to recall the smell of her skin mixed with the rain.  Shadows of her danced in the recesses of my mind.  I swallowed hard, thinking of how it felt to have her smooth skin pressed against mine.  Every minor detail displayed with vivid accuracy in my consciousness.  Her shimmering blue eyes sparkled, her playful smile, and the way her golden hair fell in front of her face when it was wet.
“Andy?  Is that you?” she whispered.
Tha-thump.
My heart skipped a beat at the sound of that nickname on such beautiful lips.  Only Mickie was allowed to call me that.  Just because my name was Andrew, didn’t mean people should call me Andy.  Andrew or Drew was fine with me, but never Andy.  That was my twin sister’s nickname, after all.
I sprang to my feet in a single bound, and looked around the beach.  It was still fairly empty.  Just a few runners making their way to their cars before the rain picked up.
“I guess not,” she faltered.
The sadness in her voice chipped away another piece of my mangled heart.  She missed me.  The evidence was there in the sound of her voice.  Fine, the evidence was hearsay, but this wasn’t a court of law, so it was admissible. She called me by name, hoping it was me on the other end of the line.
This was what I’d been waiting for.  I needed to know that she missed me too, that I wasn’t alone in my heartache.  I wanted to reveal myself, but I feared it would ruin my upcoming plans.  Only one person knew what I was about to do and that was because he was intricate to my plans.  All I needed was for Jared or Gavin to get wind of my trip to Amarillo.  There was no doubt in my mind that they’d try to stop me.  So, instead of acting on instinct, I sat there like a fool, listening to her breathe.
Click.
The phone went silent.
For several seconds I stood, unmoving.  She had spoken to me.  To hear her call me by name was an answer to my prayers.  It only solidified my decision to get off of my ass and fly to Texas.  I’d waited like Jared and Gavin demanded.  Two long, miserable months, I’d waited.  Not a single drop of liquor had touched my lips since that night, no matter how bad I wanted a drink.  I’d been patient, keeping my distance, well, in a way.  Sure, the flowers didn’t equate to distance, but she hadn’t told Jared about them as far as I knew.  I was sure if she had, I’d never hear the end of it.  So, to me, that was a signal that she wasn’t over me any more than I was her.  They were lucky I’d lasted this long.  Patience was not one of my virtues.  The time had come, and I was getting my girl back.
My mind released me from its temporary prison, allowing my heart to say what it needed to say.  “I miss you,” I whispered, breathless.

Autographed Copies:
Follow the link below to order your autographed copies of The Truth in Lies and The Certainty of Deception! 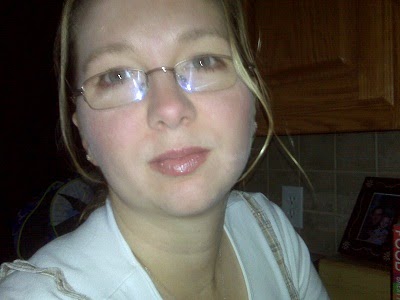 Jeanne McDonald began telling stories at the ripe young age of five, when her mother considered the truth to be a lie due to her extensive embellishment to the retelling of an event.  She wrote her first short story when she was twelve years old, and at the age of sixteen she tried her hand at poetry.  She reconnected with her love for writing in 2010 thanks to the encouragement of a dear friend.

Her passions include a "mild" Starbucks addiction, music, reading, quotes, movies, and romance.  When she's not spending time with her family, she can be found reading, writing, chatting with her friends or diligently working toward her bachelor's degree in Speech Pathology and Audiology.  A proud Texan, Jeanne currently resides in the Dallas/Fort Worth area with her family.

Special Houston Giveaway
***To win, applicants must be able to attend the event in Houston, Texas on August 15-17, 2014.  Prize does not include airfare or other travel arrangements.  Tickets are also available at http://www.indieauthorevent.com/***
a Rafflecopter giveaway
Posted by Unknown at 9:00 AM