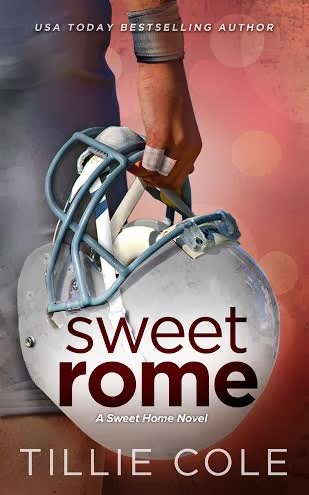 ABOUT SWEET ROME
You met Romeo Prince in the Amazon & USA Today bestselling novel, Sweet Home. Now hear the story from his lips: unbarred, uncensored and raw to the bone.

It makes me laugh when I hear that folk think Mol and I rushed into it too fast, spouting that we couldn't possibly have felt what we did for each other in such a short space of time. I say, how the hell would they know? We made it, didn't we? She became my whole life, didn't she? And as for my folks not being real, being true? Tell that to me aged ten, eleven, twelve — damn, all my bastard life — when I was never enough, when I was beaten until I bled for being too good at football and not being everything they'd dreamed: the perfectly dutiful son. Tell that to thousands of kids around the world getting wailed on by asshole parents for whatever stupid reason; tell them that evil don't exist in their eyes.

Fuck Romeo and Juliet: this is the story of me and my girl, from my lips. No mushy sentiment, no cheese, just the plain, hard truth, and, because I'm feeling generous, I'm going to let you in on more of our story too.

DANIELLE'S REVIEW
Tillie Cole’s “Sweet Rome” is told entirely from the leading man’s point of view. I think Cole put on her “man hat” and gave a very good accounting of Rome’s side of the story. Only once or twice could I detect something that sounded a little British rather than something a fella from Alabama would say. I loved hearing the re-telling of the sex scenes from his side of things. I liked the extra details he added to the story as he retold it, although I would have liked to have heard more about his backstory and things that happened to him that were separate from their story. The flash forward at the end was good, but I could have dealt with it being a bit briefer. You know how the end of the Lord of the Rings went on and on with way too many hobbity details? Yeah, it was a little like that. Leave the happily ever after a little more to the imagination, less LOTR, more Harry Potter. 4 out of 5. 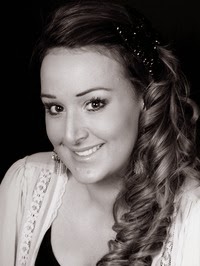 ABOUT TILLIE COLE
Tillie Cole is a Northern girl through and through. She originates from a place called Teesside on that little but awesomely sunny (okay I exaggerate) Isle called Great Britain. She was brought up surrounded by her English rose mother -- a farmer's daughter, her crazy Scottish father, a savagely sarcastic sister and a multitude of rescue animals and horses.
Being a scary blend of Scottish and English, Tillie embraces both cultures; her English heritage through her love of HP sauce and freshly made Yorkshire Puddings, and her Scottish which is mostly demonstrated by her frighteningly foul-mouthed episodes of pure rage and her much loved dirty jokes.

GIVEAWAY INFO
Tillie Cole is giving away a Kindle Fire HD. This is open internationally. There will also be 30 mobi or epub copies of Sweet Rome given away.