Hard as You Can by Laura Kaye 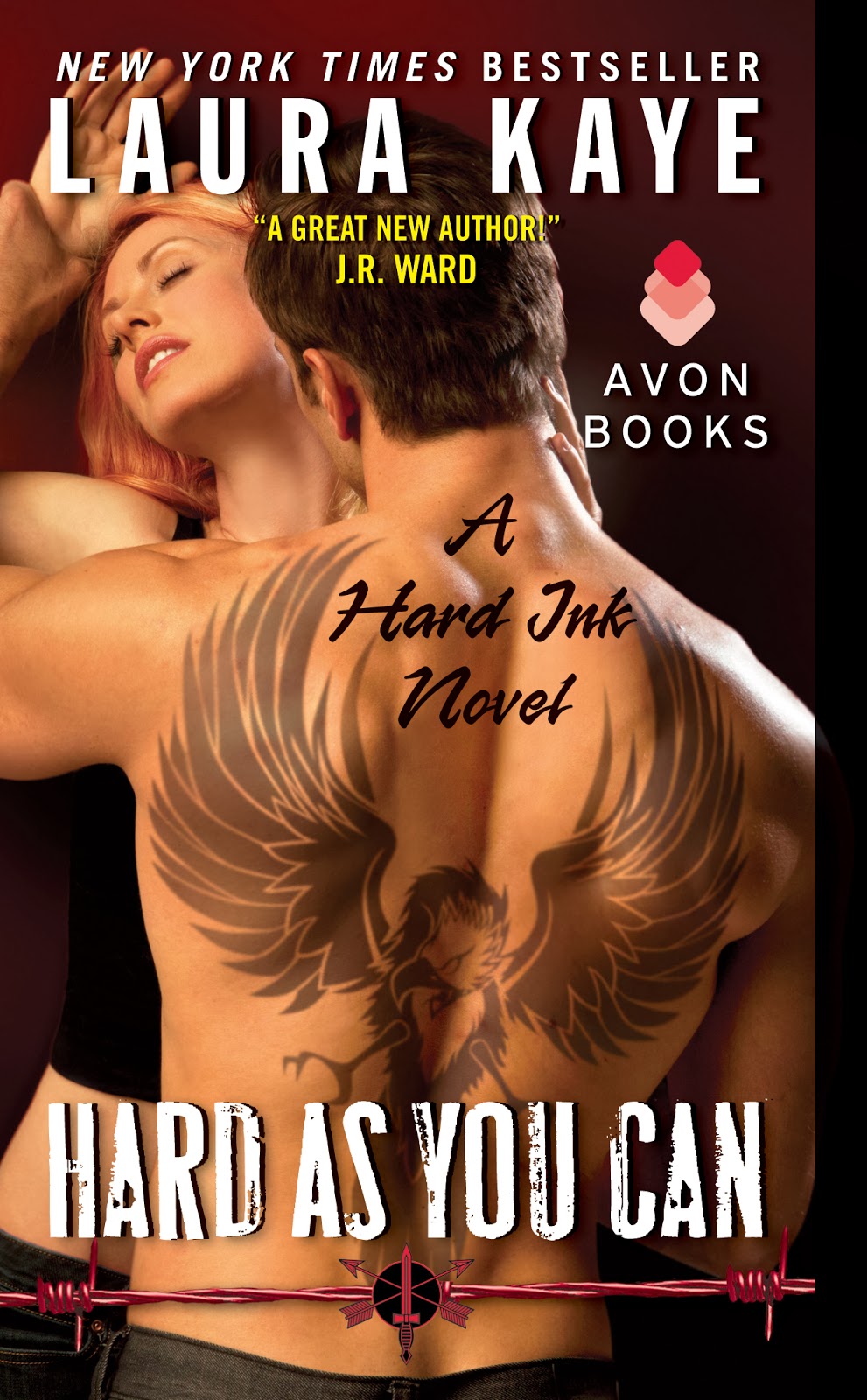 It’s release day! And I’m thrilled to share Hard As You Can, the second book in the Hard Ink series, with all of you here today! Hard As You Can follows the surviving members of a disgraced Army Special Forces team as they fight to regain their stolen honor, and finds their investigation crossing paths with a waitress willing to do whatever it takes to stay alive and protect her younger sister. For Shane McCallan, saving Crystal Dean is a mission he refuses to turn down.

My Review
The Hard Ink crew is back! I loved the first book and I was really looking forward to finding out what happened. Hard As You Can does not disappoint! The mystery, the action, the romance, it's all here! Laura Kaye has such a talent for bringing you right into the room with the characters. Shane is HOT. I mean, he's really, REALLY, hot! Crystal is helpless in her fight to not fall for him. I fell for him! I love these former Special Forces men who are dedicated to each other and rescuing the women. It's amazing. The book hangover has lasted for 3 days. I sincerely hope this series continues because I still need to know what is up with that bank account and the bad guys need to be stopped for good! 5 out of 5!

“Tell me not to,” Shane said, his voice a raw scrape.

Shane’s body took over then, all urgent need and basic instinct. The rest of the world be damned. He pulled her in and kissed her, his lips devouring, his tongue exploring deep. Nothing held back. Nothing denied. Not even as her lips reawakened the sting from the cut on his lip. Totally worth it.

Crystal’s arms came up around him. She trembled against him, and Shane wasn’t sure if it was caused by adrenaline or fear. Unable to tolerate the thought that she might feel forced, he eased off.

She moaned and held him tighter, like his retreat had made something snap within her. Their kisses deepened, and her body moved against his, sinuously, maddeningly, desperately.

They tasted one another again and again, giving in to the heat that had sparked between them from the moment Crystal had collided with him at Confessions. Little nips and bites of lips and teeth warred with long, sensual strokes of tongue that stole his breath and made him instantly hard. The sting in his lip, the throb of his GSW, the aches from Nick’s asskicking, every bit of it faded away—no, her touch made it all go away.

The few times they’d spoken, Crystal had most often been guarded, tentative, fearful. Just as she’d been when he first kissed her. But, now, she was revealing a passionate woman who could be fearless, giving and receiving openly and without hesitation. Christ, the thought that this fierceness was the real Crystal slayed him because it meant she was burying and denying her true self, not because she wanted to, but because she had to.

No, because someone forced her to.

The thought reminded him of the bruises on her arm. Shane had known this woman for three days, and twice in that time she’d been hurt by another man. And both as a consequence for things Shane had done.

A crack of thunder echoed from the heavens, making Crystal jump and gasp into his mouth.
“I’ve got you,” he rasped around a kiss.

Part of him wanted to say more, to tell her he had her and he’d keep her safe. But he couldn’t make himself give up her heat, her sweetness, her obvious hunger—for him.

So he made her a silent promise instead.

Never again, Crystal. He’ll never hurt you again. Not on my watch.

Because Shane McCallan had made a mistake like that once. And, as bad as his sister’s disappearance had been, something’s happening to Crystal would actually be worse because Shane knew it was coming. The one break he’d ever given himself over Molly was that he’d had no way to know she’d be abducted. Didn’t excuse the role he played in allowing it to happen, but he couldn’t have known. But with Crystal, while he might not know when or how this Bruno asshole would strike out to do the ultimate damage, it was all but a done deal at this point. Always was with guys like him. And Shane would go to the grave before he let it happen, before he failed another female for whom he cared.

Because he did care. Made no damn sense given how long he’d known her. And the timing was beyond piss-poor. But there it was all the same.

So that’s Shane and Crystal starting to give in to what they feel for one another – I hope you enjoyed! Did you have a favorite line? Thanks for reading!
~Laura

“Edgy, sexy, and full of suspense! A great read from a great new author!”
~J.R. Ward on Hard As It Gets

About Hard As You Can:
Five dishonored soldiers.
Former Special Forces.
One last mission.
These are the men of Hard Ink.

Ever since hard-bodied, drop-dead-charming Shane McCallan strolled into the dance club where Crystal Dean works, he's shown a knack for getting beneath her defenses. For her little sister's sake, Crystal can't get too close. Until her job and Shane's mission intersect, and he reveals talents that go deeper than she could have guessed.

Shane would never turn his back on a friend in need, especially a former Special Forces teammate running a dangerous, off-the-books operation. Nor can he walk away from Crystal. The gorgeous waitress is hiding secrets she doesn't want him to uncover. Too bad. He's exactly the man she needs to protect her sister, her life, and her heart. All he has to do is convince her that when something feels this good, you hold on as hard as you can--and never let go.

Read an Extended Excerpt of Book 1, Hard As It Gets
Buy Hard As You Can at Amazon | B&N | iTunes | Kobo 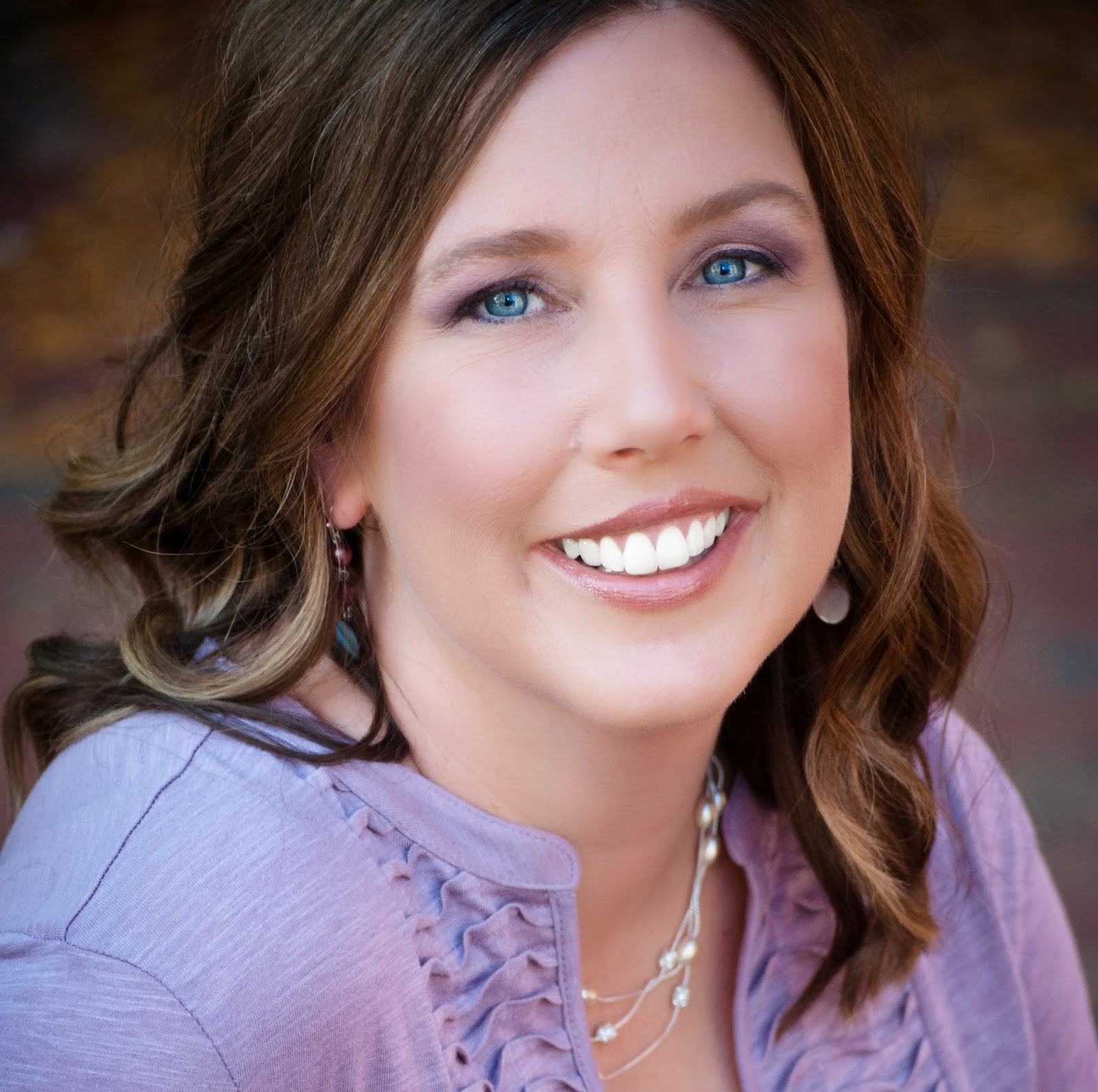 Laura is the New York Times and USA Today bestselling author of over a dozen books in contemporary and paranormal romance. Growing up, Laura’s large extended family believed in the supernatural, and family lore involving angels, ghosts, and evil-eye curses cemented in Laura a life-long fascination with storytelling and all things paranormal. She lives in Maryland with her husband, two daughters, and cute-but-bad dog, and appreciates her view of the Chesapeake Bay every day.

a Rafflecopter giveaway
Posted by Unknown at 10:00 AM